Sunday we went up to Crex Meadows in Wisconsin. The weather was very nice with mostly sunny skies. Crex is about an hour to an hour and a half northeast of the Twin Cities, just across the Minnesota and Wisconsin border. This is the earliest that we have made the trip up and it was not quite as green as it was here in the Twin Cities. The water levels were good and the waterfowl had started to return. We saw a lot of canadian geese nesting. 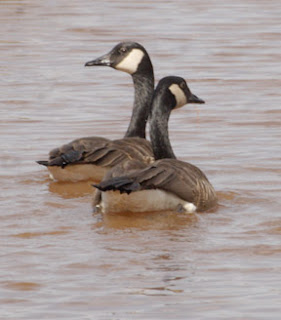 There were also quite a few american coots, especially near the shoreline of Phantom Lake. 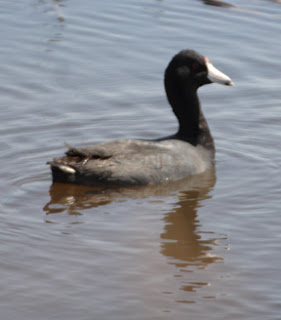 We also saw some blue-winged teal and a few ring-necked ducks. 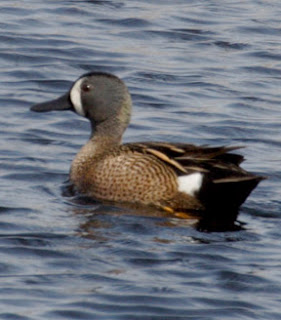 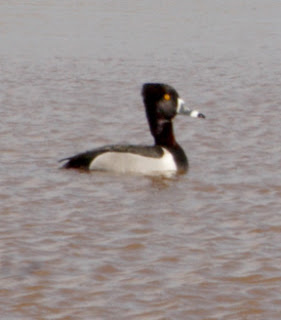 The highlight of the trip were the trumpeter swans. As you can see in the pictures they have already begun to nest. We will need to come back again in June to hopefully photograph the cygnets. We saw about a dozen swans throughout Crex. 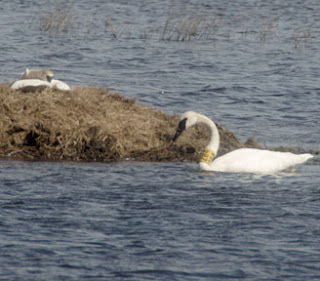 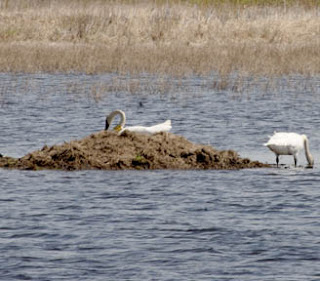 We did not see as many raptors as we have on past trips. This osprey had left it's platform and was scouring the lakes and ponds for fish. The only other raptor that we saw was a northern harrier but it was flying too fast to get a picture. In the past we have also seen kestrels, red-tails, and peregrine at Crex. 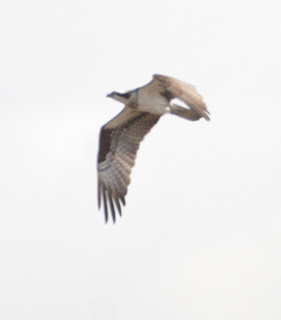 Some of the sandhill cranes have returned. In the fall, Crex is usually home to large flocks of sandhills which feed on the refuge fields. On this trip we only saw about a half dozen cranes, all of them foraging in several areas that had been control burned. All were painted up for mating season looking a lot more orange then the ones that I photographed in the Bosque del Apache earlier this year in February. 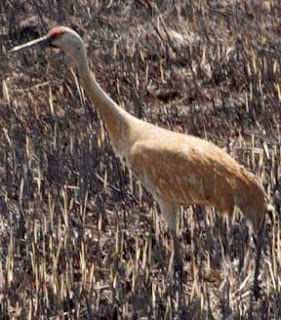 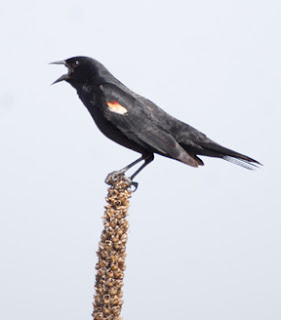 On the way out we passed several bird houses on the grounds of the local airport. On the pole for each house stood a tree swallow, their metallic teal wings glinting in the bright sun. 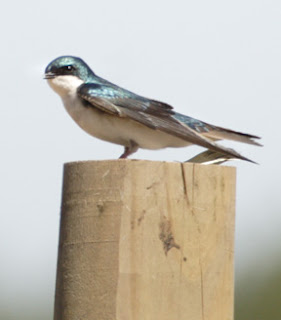 We had a great time being outside and enjoying the weather. We plan to return in early June when we hope to see more waterfowl and trumpeter cygnets.
Posted by Ecobirder at 9:59 PM