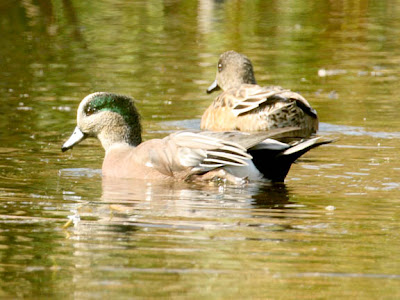 The American wigeon is a duck that we typically only see in the spring or fall here in Minnesota. They breed up in the tall grasses of Canada as well as parts of the western United States. In the fall the begin to head south, often stopping on lakes and ponds around here to feed before continuing on south. They end up wintering on the East or West coast, the southern US, Mexico, Central America and may even go as far south as the northern portions of South America. 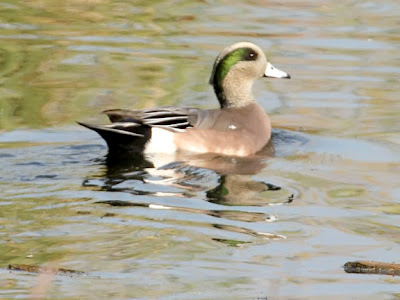 Posted by Ecobirder at 2:44 PM

What a beautiful duck !

I think the male Wigeon is a beautiful duck, great shots.