I finally got the osprey in Roseville, MN and the weather to both cooperate. I have been to the platform several times but it has been either cloudy and dark or neither of the osprey has been visible. Tuesday the sky was bright and clear and both osprey were visible at the nest. You can see that the platform is located at the edge of a small pond. On the left side, just out of the picture, there is a busy road and on the other side of the road is a good size lake. There is another lake located a few blocks to the south so there is plenty of water and fish around. 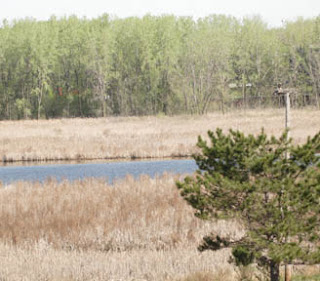 You can see from the pictures below that one of the osprey is down inside the nest. It stayed down there the entire time that I observed them. This would suggest that there may be eggs in the nest. There have been about 90 nesting platforms placed through out the Twin Cities metro area during the past 20 years as part of an osprey reintroduction project started by the Hennepin Parks Association, now know as the Three Rivers Park District. The project began in 1984 and had a goal of having 10-15 nesting pair in the Twin Cities. In 2004 there were 41 nesting pairs in the area with 53 chicks hatched. 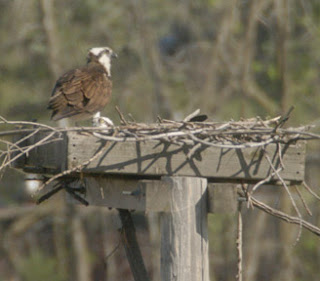 You can see one of the osprey down deep in the nest. 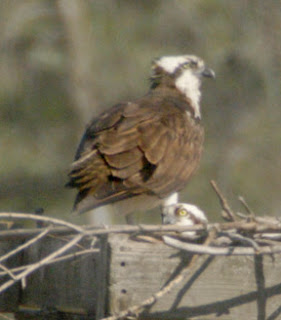 Osprey are sometimes referred to as fishing hawks. They eat almost exclusively fish and always nest near water. Osprey typically migrate between wintering grounds in the south to breeding areas in Canada, Alaska, the upper Great Lakes, and the Northwest United States. The osprey pictured below was photographed over the Lamar River in Yellowstone in September of 2002. 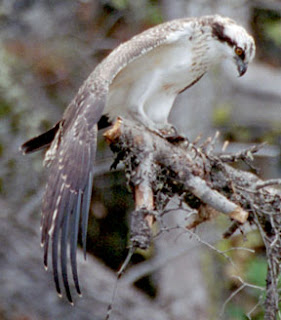 Osprey live in Florida year round. This Osprey was photographed in Everglades National Park in February 2006. 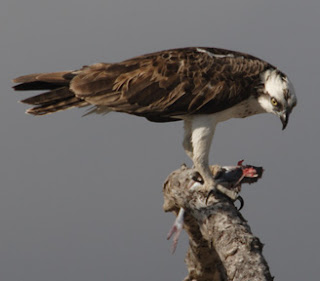 This weekend, May 5th and 6th, there will be a homecoming celebration for the Roseville osprey so if you have time, visit them during the day on Saturday or Sunday near the intersection of Lexington and County Road C2.

Posted by Ecobirder at 5:09 AM