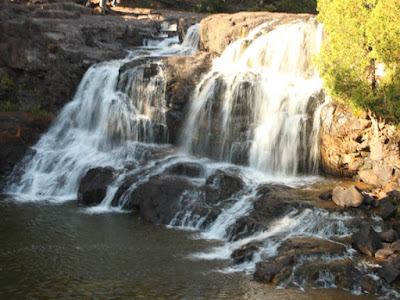 Up in north east Minnesota the Gooseberry River flows through a gorge forming a series of three scenic waterfalls on its way to Lake Superior. These waterfalls and the area around them have been set aside as Gooseberry Falls State Park. 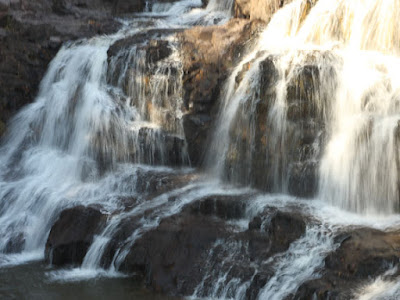 This area of the North Shore has long attracted visitors. Several different tribes of Native American people settled for a time on the North Shore, including Cree, Dakotah and Ojibwe. In the late 1800's logging was the big draw but by the early 1900's tourism was taking over. In 1933 the land around the falls was set aside by the state and it was officially made a state park in 1937. 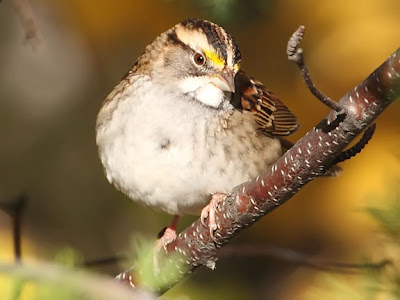 The park consists of 1675 acres of forested woodlands on the shore of Lake Superior. Nearly 600,000 people visit the park each year. Most come to see the falls but there is also plenty of wildlife around. 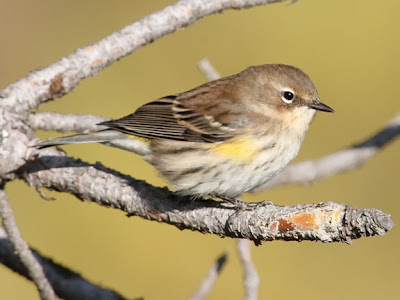 There are 225 species of birds that live or visit the park. From raptors, like bald eagles that fish the waters of the river and lake, to waterfowl and gulls, herring gulls often establish nesting colonies on the lake shore, and passerines, like the yellow-rump warbler above and the white throated sparrow above that pic, all can be found in the park. 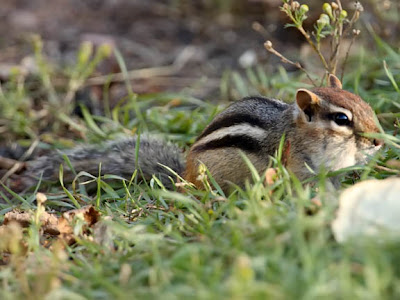 There are also 46 species of mammals including wolves, black bear and white-tailed deer. Unfortunately most of those mammals are skittish around people. So the only mammals that I spotted were the little chipmunks who did not mind the people as long as it meant that he got to fill up his cheeks.

Gooseberry Falls State Park sounds beautiful, my kind of place. Thanks for the information and photos.

Great looking critter - I love the capture of chipmunk!

...Ruby door is the perfect background for...

I love the shots of the waterfalls, little bird and chipmunk. Delightful series.

It sounds like my kind of place too. Love the bird photos and the little chipmunk is cute.

It has been such a long time since I've been to Gooseberry Falls. Next spring we will have to get up there.

Gorgeous photos! Thank you for sharing!

What fabulous falls! I love them! And I love the name!! The birds and the chipmunk are so lovely and your photos are magnificent, as always!

Great shot of the chipmunk! They're cheeky little things, aren't they.

Great name. Made me chuckle.
Sydney - City and Suburbs

Lovely falls and a good place to enjoy some time with the birds of the forest.

Your photograph, as ever, is inspirational. The falls are magnificent, and the chipmunk is - well - just so cute!