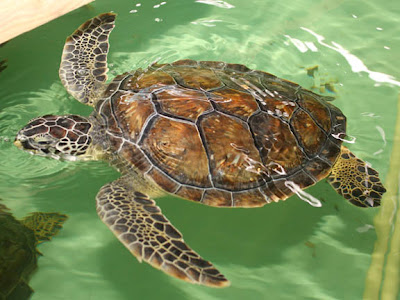 We have already begun to see effects of the oil spill in the Gulf of Mexico. Since April 20th when the oil platform sank leaving oil pouring into the gulf waters over 35 dead sea turtles have been found washed ashore. The Gulf of Mexico is habitat for about 8 different types of sea turtles all of which may now be in trouble. 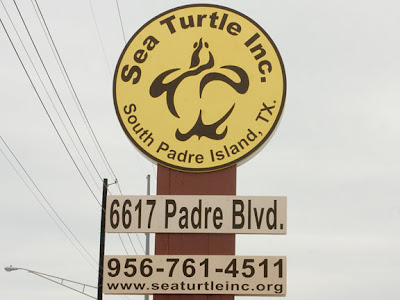 Whenever we visit coastal locations we always keep our eyes open hoping to spot sea turtles. So far Hawaii is the only place that we have been fortunate enough to see any. In Texas we did not see any in the wild but we did stumble upon Sea Turtle Inc. 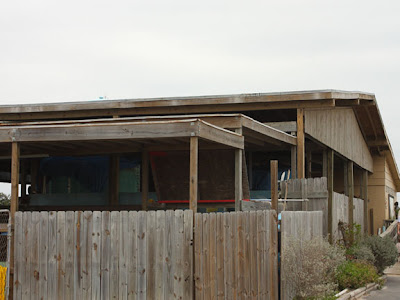 Sea Turtle Inc was started by "The Turtle Lady of South Padre" Ila Fox. In 1965 Ila, who was 61 years old, was recruited to help monitor Kemp's ridley nests in Mexico. She fell in love with the turtles and spent the remainder of her life protecting and rehabilitating injured sea turtles. In 1977 she formed the non-profit group Sea Turtles Inc which she ran out of her home until 1999 when it moved to its current facility which is pictured above. One year later Ila passed away at the age of 95 but her dream still lives on. 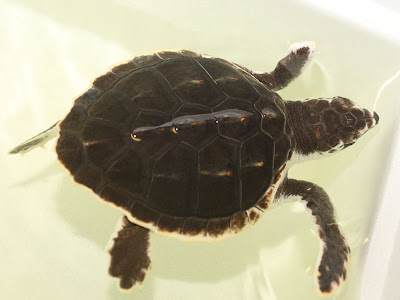 The Kemp's ridley was the turtle that Ila first fell in love with. It is also one of the most endangered sea turtles. It is the smallest of the species found in the Gulf of Mexico with adults weighing between 75 to 100 pounds. Due to poaching of the turtles and their nests the population of the Kemp's ridley decreased significantly during the mid twentieth century. With federal protection, which it received in 1977, along with conservation efforts by Mexico, the state of Texas and third party environmental groups the Kemp's ridley has been on the road to recovery. Unfortunately it looks like that road might have hit a huge oil slick. Since the majority of the Kemp's ridley population nests and feeds in the Gulf of Mexico they are extremely vulnerable to the oil slick that has formed there. In fact the majority of the turtles that have been found dead since the spill began are Kemp's ridley. 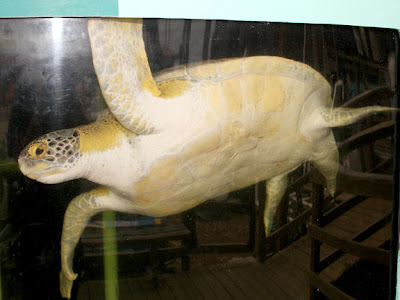 Most of the other variety of sea turtles may not be affected as much because they are more widely distributed then the Kemp's ridley. Large sea turtles like the loggerhead and the Atlantic green can be found in tropic and subtropic waters world wide. Even so these turtles are still found in the gulf and as such are effected. Plus there is no telling when they will be able to stop the leaks. There is a good possibility that this disaster may grow and effect other waters outside the gulf. 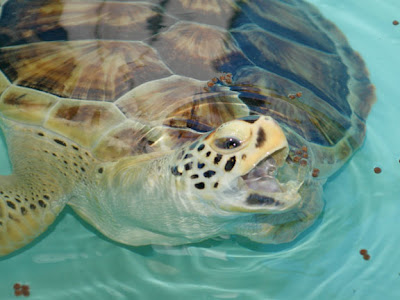 I am sure that Sea Turtles Inc is already involved as much as possible, since this is all happening in their back yard. Now besides rescuing turtles that have been injured by predators or fishing nets they will have to worry about oil soaked turtles or turtles dying from chemicals that BP is using to try and break up the spill. I am sure that they could use some help if you have the resources and the inclination. Here is a link to their site. I myself will be helping out by adopting either a turtle or a nest.

Posted by Ecobirder at 4:01 AM

Marvelous, sad post! The more I read and learn about the oil spill the sadder and angrier I get with oil companies and the like that are so thoughtlessly doing such incredible damage to the environment everywhere. Your photos are beautiful! Thanks for in contact information as well! Hope you have a great week!

I love these guys, and I hope they get all the help possible. The hubris and nonchalance of the oil companies infuriates me. This is exactly why.

The first turtle has a wonderful pattern - great shots :)

This is such a tragedy...I am just out of words.

It is horrible what is happening in the Gulf. Feel so sorry for all those poor creatures. I am not so sure that mankind is the most intelligent of species.

I love Sea Turtles, got to visit some at a rehab place in Florida a few times. This whole thing with the oil spill, has so many sad components to it, but the worst is the loss of life, habitat and the serious devestation it shall end up costing our beautiful waters and all that thrive within, and near it~

Thank you for this post...the more we hear and learn, the more we arm ourselves to take a stand against big oil companies and big government, who have still not figured out that more is not more. Less is more.

Gorgeous turtles. Makes me sad and angry that oil companies care so little for sea life.

What great work they do.

I shall never forget seeing my first stranded Leatherback Turtle on a Cornish beach... and how incredibly hard the local fishermen worked to help it.

Great post on the sea turtles. I feel so sad for all the wildlife in the gulf area that is affected by this awful spill and leak.