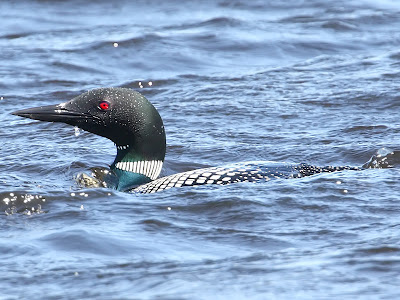 When it comes to birding I have never been much of a lister. I decided a while back that my life list would be my pictures and that I would only count a bird if I had a photo. As I have continued to photograph new species I have began to become curious on just how many different species that I have. So I have decided to begin a life list, in photos, here on the blog. Eventually I hope to tie these photos into a website that people can use as a reference for birding, but that is still down the road a bit. For now I will begin to post life list posts frequently until I have listed every species that I have photographed. 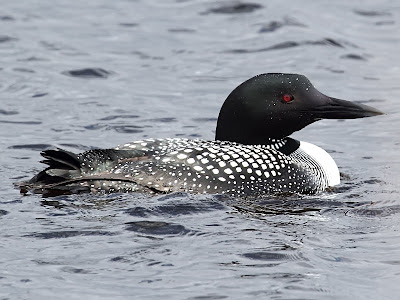 To keep things some what organized I have decided to follow the order of the Sibley Guide to Birds by David Allen Sibley, since most birders I know have this field guide. The first grouping in the Sibley book are loons. Unfortunately the only species of loon that I currently have photographed is the common loon. 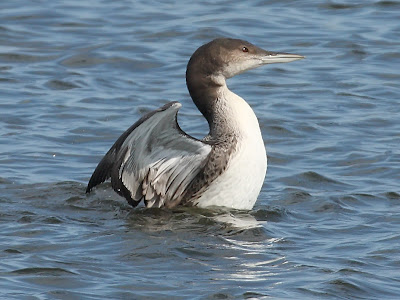 All three of these shots where taken at Crex Meadows in Wisconsin. Crex is the best place that I have found for photographing common loons. In early spring the loons come through on there way north and often stop over to spend a little time at Crex. The loons are often fishing in the waters right off of Main Dike Road and you are able to get good looks from inside the car. Most years a pair or two decide to stay and nest in the park. When they are very young the adults usually keep the chicks in the middle of the larger lakes so that they can avoid the land based predators. However as the chicks grow and begin to learn how to fly there are opportunities to get closer shots. The last photo is an immature that was close to fledging.

Fantastic photographs, and what a great idea! You've now put an idea into my head too. hehe

I love listening to the loons.

Great idea for a list! And wonderful photos as usual. Your photos could be made into a book and published.

wow! good luck with your project, too.

Good luck with your new project, it sounds like a great idea!

I've always thought loons were neat, would love to see some in person someday. In the meantime I'll just enjoy your lovely photos!

Visiting from the Camera Critters meme.