One of the highlights of going to Yellowstone each year is Rosie. Rosie is a female black bear that wonders near the Tower area in Yellowstone. We first saw Rosie with a couple of cubs on our first trip through Yellowstone. It was a fall trip and if I remember correctly she was the only bear that we saw on that trip. Since that first trip we have seen Rosie every time that we have visited Yellowstone. She has always been very easy to photograph and has always had cubs or yearlings with her. 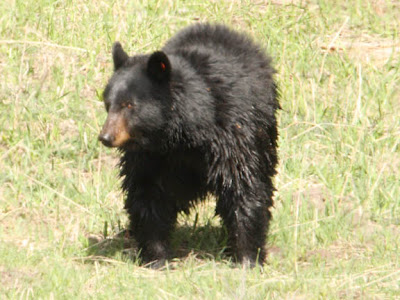 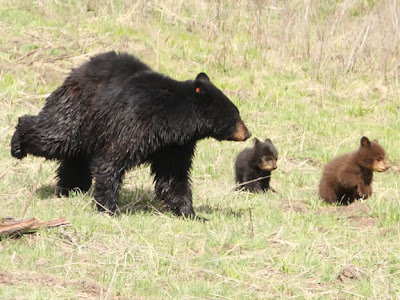 The mating and reproductive cycle of bears is some what unique. Bears mate in late May of June, not long after they wake up from hibernation. Female go into heat for about a week and leave scent trails to alert potential males. Once they find a potential mate they will spend a few days getting to know each other and then will mate repeatedly over the next several days. The females may mate with more then one male but when mating is over with will have nothing to do with any of them. 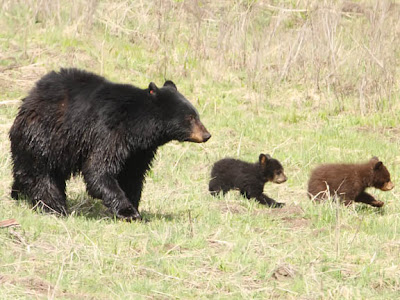 During mating the female may become pregnant but that does not necessarily mean that she will be birthing cubs. Bears have an adaptation called delayed pregnancy. The fertilized eggs develops into a blastocyst which floats freely in the females uterus for several months. 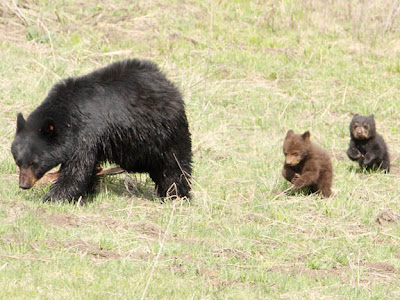 In the fall, if the bear is in good condition when it goes into hibernation then the blastocyst will begin to develop and the female will wake up from hibernation in January or February to birth the cubs. 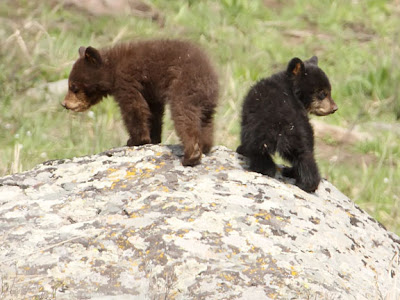 If the female is not in good condition when she goes into hibernation her body will reabsorb the blastocyst and she will not give birth that year. 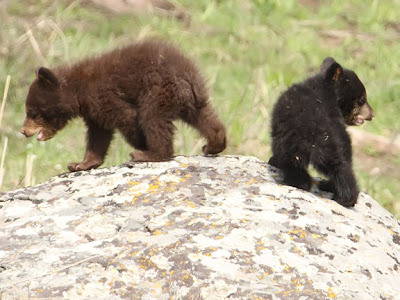 When they are born, inside the den, the cubs have no fur and are blind. They cling to their mother and really on her to keep them warm and well feed with milk, even though she is in a state of dormancy. By the time the female comes out of hibernation the cubs are about 10 times as large as they were when they were born, are covered with fur and are ready for life outside the den. The cubs will stay with their mother for about 17 months and will hibernate with her during their first winter. 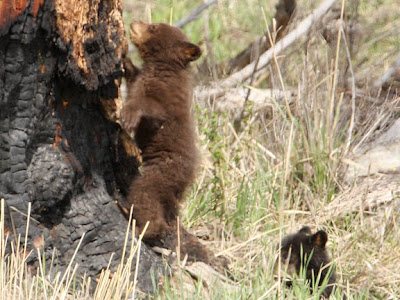 When the female goes into heat again the following May or June she will chase the yearlings away and then find another male to mate with. Males who come across a female with cubs, especially around mating season, will often try and kill the cubs to force the female to go into estrus. The female will typically chase her cubs up a tree for safety while she attempts to deal with the trespassing male. This year, after we left the park, I read that the Rosie was seen slightly limping and that the black cub was no longer with her. It is surmised, though no one knows for certain, that a male may have attacked, killed the black cub and slightly injured Rosie. This is very sad, especially since Rosie is in her late teens and may not have many years left to have cubs. Rosie and the cinnamon cub are still doing fine though so hopefully when we return next spring we will be able to photograph them again.
Posted by Ecobirder at 4:52 PM

Thank you for the lecture on bear pregnancy -- I didn't know all of this -- fascinating!

What a great post!
The pictures and the info are great, thanks for sharing!

we met you in yellowstone while watching a wolf. duane & judy