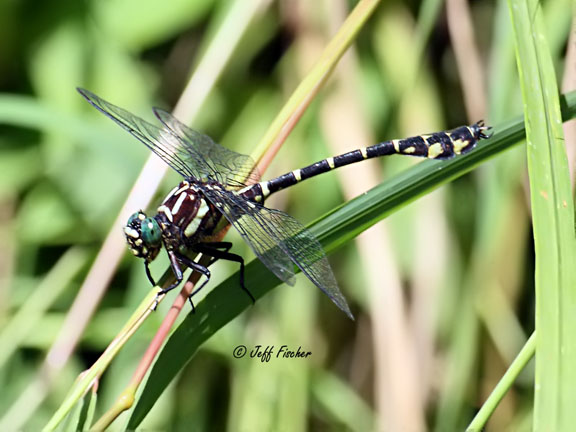 The zebra clubtail is a member of the Gomphidae or clubtail family. Cubtails are named for the wide or clubbed end of their abdomen that many species have. This is not a requirement though. Gomphidae are identified because they are the only clubtails that have eyes that are separated, like damselflies. The zebra clubtail is a Stylurus or hanging clubtail. They are often often hanging from vegetation. 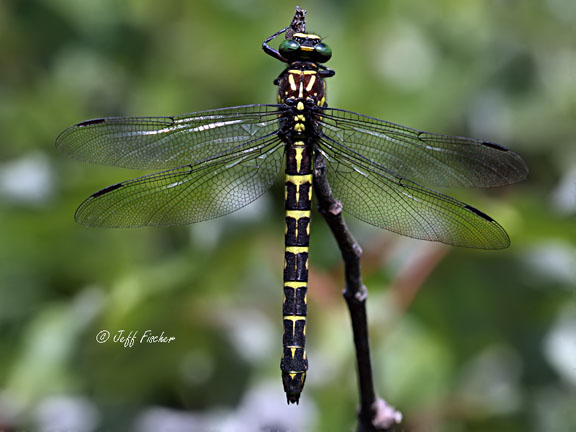 Zebra clubtail are found around forest streams or sandy bottomed rivers. They usually emerge later in the summer, primarily late in the summer. The first photo is an example of a male while the second is a female. As you can see the female can be distinguished easily from the male because she has very little clubbing at the tip of the abdomen in comparison to the male..

Posted by Ecobirder at 5:17 AM