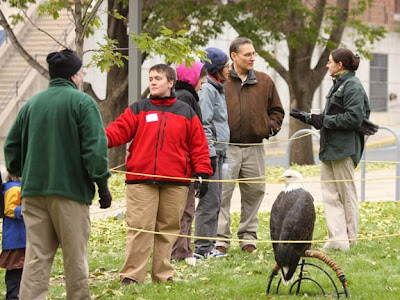 This weekend The Raptor Center held their open house. Despite the cold temps, grey skies, and slight snow fall we had pretty good attendance. We had two rings of birds outside. One ring consisted of eagles and hawks and the other had owls and falcons. 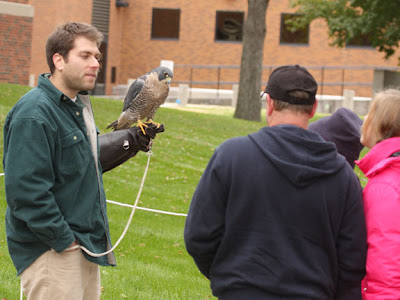 While volunteers managed the different circles the staff had their own tasks these included an area where people who made a small donation could take a picture with a raptor, like Artemis one of our female peregrine falcons. 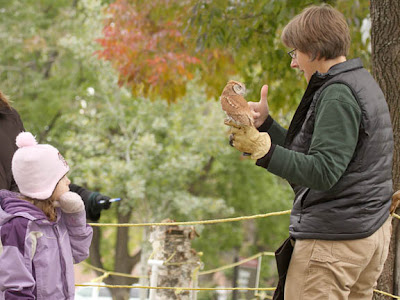 Since we are part of the education department teaching and interpretation are always a big part of what we do. 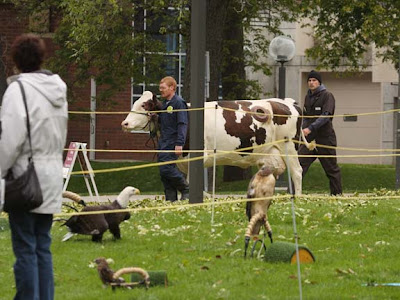 The rest of the University was also having their open house. This was kind of a challenge for us because we had to deal with many things that can be distracting or even frightening to the birds, things like mascots, balloon animals and even a passing cow. As a side note I wanted to find the person who was twisting balloons and let them know that they needed some more practice. 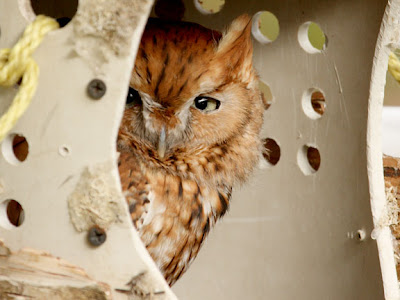 I am not sure if many of the birds had seen a cow before, at least they probably hadn't since they came to TRC, and most were a little nervous about the large strange mammal. Otus, an eastern screech owl, peeked out to take a look. 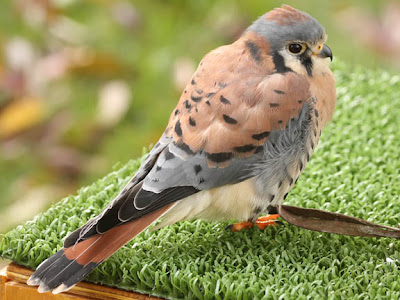 Jack, a male American kestrel, puffed up to try and look more intimidating. 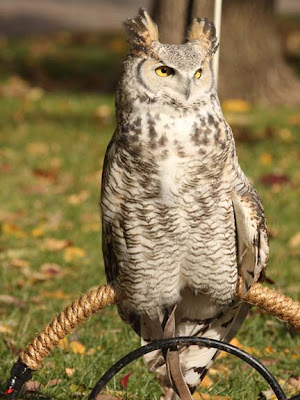 Samantha, one of our great horned owl, looked like she was devising a plan on who she could make the cow her lunch. 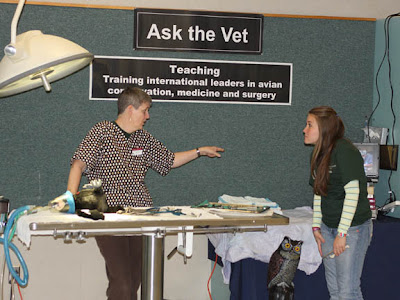 Inside there were programs running, information tables, kids activities and more. The clinic staff and crew was up to help us out in a simulated operating room environment. 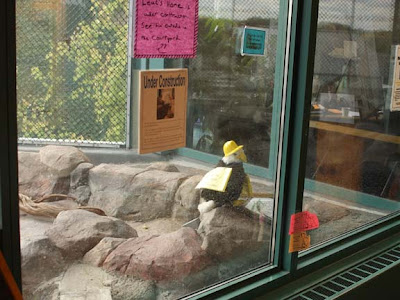 Luec, one of our older bald eagles could not attend the event we have been working on renovating his mew but he sent in a body double to take his place. 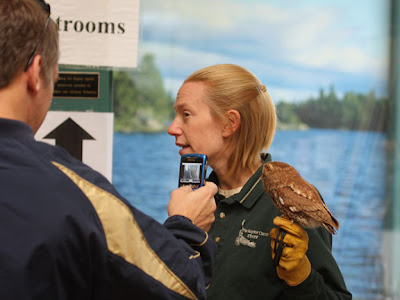 The birds, as always, were the stars of the show. People were able to get a close up view and take a picture of birds that they may never get to see in the wild, and to think I have spent thousands of dollars on camera equipment when all that I really needed was a cell phone. 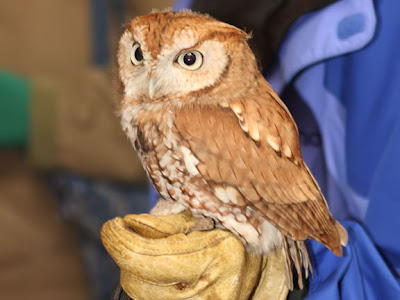 I am not sure how his cell phone picture turned out but I got a couple of good pics of our new screech owl. We are still looking for a name for this little guy so if you have an idea you can submit your suggestions at The Raptor Center website. My latest suggestion is Einstein.

Labels: My World, The Raptor Center

Great post and wonderful shots!!
I love the last one with the owl :)

Great post for That's my world. I love seeing owl the raptors up close. The screech owl is too cute. Thanks for sharing.

Great shots. I like the owl peeking out. Helen

Great that you are involved with such a worthwhile project. Lovely photos.

Cool post for MWT! Cute little own peeking out!