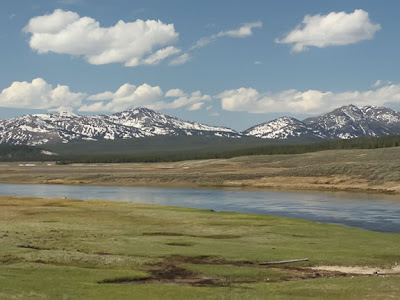 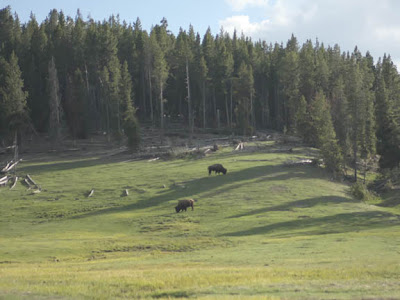 Hayden Valley was once under water, part of a much larger Yellowstone Lake. As the lake receded, over the years, it left behind this large valley filled with rolling green hills. The valley is also home to several small geothermal features including Mud Geyser, Mud Volcano, Black Dragon Caldron, Sulphur Caldron and Sulphur Spring. 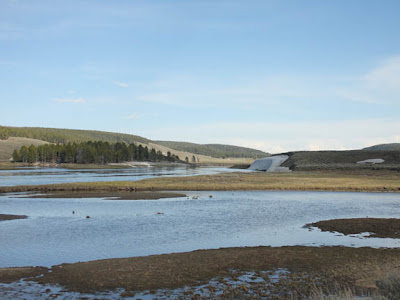 Hayden Valley was discovered back in 1870 by the Washburn-Langford-Doane Expedition, although Native Americans and fur traders had visited the valley prior to that. The expedition looked down on the valley as they reached the summit of Mount Washburn to the north. The valley was later named, back in 1880, in honor of Ferdinand Vandeveer Hayden who surveyed much of what is Yellowstone back in 1871. His surveys later helped in the forming of the worlds first National Park.

One of my fav places in the park. The old beehive geyser there is pretty awesome. I love the drive along the river. :D

A great place for wildlife viewing. I enjoyed this post.

I'd love to visit this park in person. Hayden Valley, eh. I must remember that.

Marvelous post and gorgeous photos as always! Love the shot of the buffalo! What a great place to visit!

Wow, that looks like a peaceful valley. I've been to the park but haven't spent any time in that area. Adding to my to-do list. Thanks.

Hayden Valley is one of the wonderful spots in Yellowstone. Great photos.