The Adventures of Clown Duck? 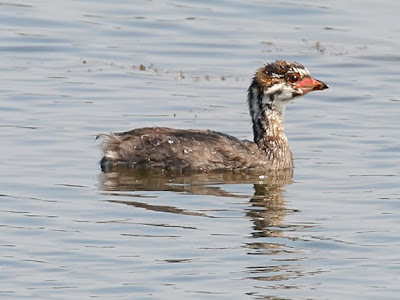 When you look at this bird you may not know at first glance what type of waterfowl that it is. From its looks you might think that it is called a clown duck or something of that sort, but in actuality it is common throughout most of North America and parts of South America. 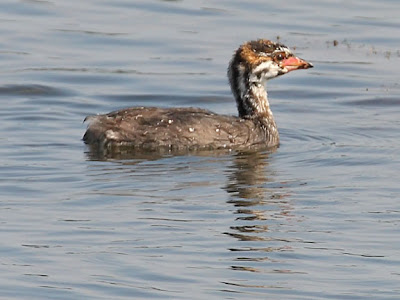 The bird in these photos is an immature pied-billed grebe, the second smallest grebe found in North America. These grebes breed on ponds, lakes, marshes and sloughs with a lot of vegetation, like Phantom Lake in Crex Meadows where I took these photos. The nest is a bowl style construction built on floating vegetation and anchored with cattails. The female will usually lay between 4 to 8 eggs which both parents will incubate for approximately 23 days. If both parents leave the nest they will cover the eggs up with vegetation. 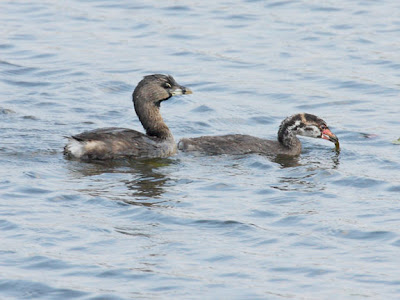 Great shots of the Grebe!

What an adorable fuzzy face it has!

What a sweet thing. I knew it was an immature something, but didn't recognize it as a grebe. Thanks for the great photos and interesting information. I enjoyed a delightful mental image of baby grebes snoozing on their parents' backs.
-- K

Great images and interesting info about the ducks. :)