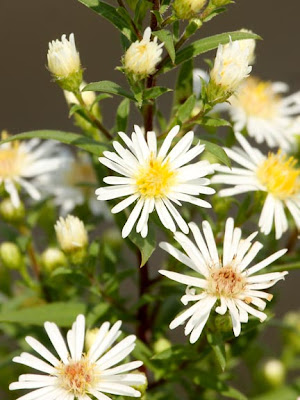 Leucanthemum vulgare, or ox-eye daisy as it is commonly called, is not a native species here in North America. It was brought here in the 1800s from Europe for use as a garden plant but then it managed to escape into the wild. 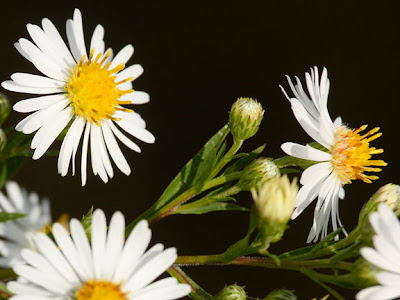 In the wild it is an invasive species. It often forms large patches with an extensive root system that crowds out many of the native plants. It usually can over take areas because each flower can produce up to 200 seeds.

One definition of a weed is a plant that grows where it is not wanted. A rose in a corn field is a weed.

I enjoy your blog very much and am in awe of your nature photographs. Thank you.

Well put, Tulsa Gentleman, however, noxious weeds can be a real conundrum, beautiful or not!! Great post today. ~karen

Your shots are always great plus your added info is truly helpful.

You should try to be a Guest at TodaysFlower so you could share more.

What a lovely butterfly. I wast struck by the beauty of the orange in the wing. And, oh, what a beautiful daisy! Have a grand day! Cathy

I just want to mention that the images look more like one of the native asters (Symphyotrichum spp.) than the non-native ox-eye daisy (Leucanthemum vulgare).