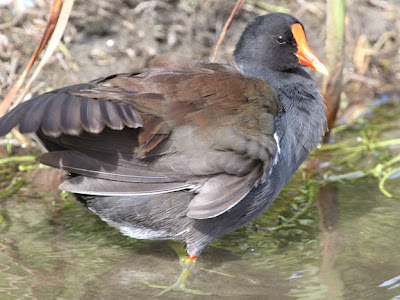 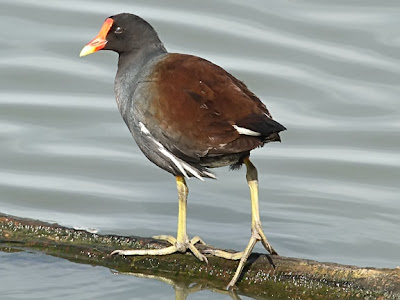 As members of the rail family the common moorhen have long toes. This helps them to run across mud and floating vegetation. They are usually found in freshwater wetland with a lot of tall vegetation which they use for cover. They are a dabbler so they primarily eat aquatic vegetation, although they will also eat the occasional snail or aquatic invertebrate.

We see the moorhens when we're in Texas, but I've never been able to capture them as well as you have! Thanks for hosting Tuesday Tweets!