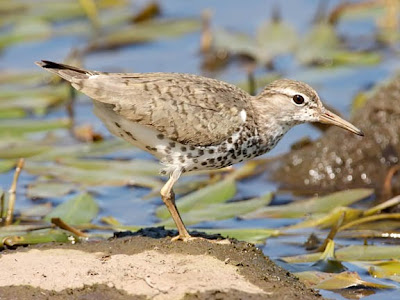 The spotted sandpiper is a shorebird that is found through out most of North America. They breed in a variety of wetland habitats as far north as northern Canada and Alaska and as far south as central New Mexico. They also breed in mountains at elevations up to 14,000 feet above sea level as long as their is a source of fresh water. During the winter they migrate down to the southern coastal areas of the United States, Central America or South America. 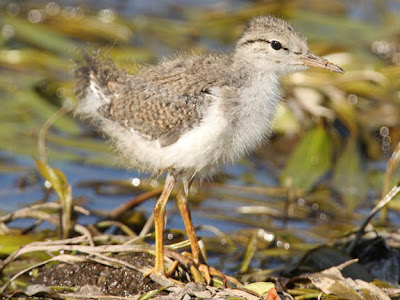 I found this chick along the shore of the St Croix River at Wild River State Park. At first I did not know what species of shorebird it was until I saw its parent, pictured above. Because this is a spotted sandpiper the bird in the first photo could most likely be the male. Spotted sandpiper do things a bit backwards compared to other birds. For spotted sandpipers it is the female that is first to arrive in the breeding territory and she is the one that picks out and defends a territory. Both male and female build the nest, typically as part of the courting ritual. Once the eggs are laid it is usually the male spotted sandpiper that will incubate the eggs and care for the chicks once they hatch. The female will often go and find another male and start another family. 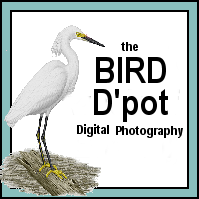 Posted by Ecobirder at 7:22 AM

Very interesting. I saw ONE long ago without the spots. But everyone told me it was a Spotted Sandpiper. I enjoyed reading the info on this particular bird, as I enjoyed your photos!!

The female sounds like one smart bird, the chick is adorable.