Well yesterday was my birthday and it was kind of a let down compared to last year. Since the 12th landed on a Tuesday this year I ended up working both jobs yesterday so I did not really get to go out and do anything fun. In comparison my birthday last year fell on a Sunday so Michelle and I went birding out and Crex Meadows and then rescued an injured bald eagle that we found there. For my new friends who may not have been reading the blog back then you can find the details of that story HERE. While I was going through my back log of photos trying to get ready for today's post I though that these picks would have been more appropriate for yesterday, baby swallows on my birthday, but I don't have a Delorean with a flux capacitor so I guess that you will have to enjoy the pics today. 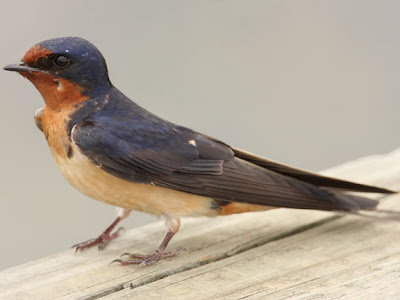 This Spring and early Summer there were a number of barn swallows nesting under the boardwalk that leads to the Minnesota River overlook near the Old Cedar Avenue Bridge. 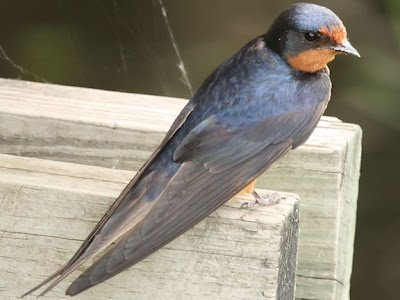 The habitat is pretty swampy with a lot of bugs to help support a growing barn swallow family. 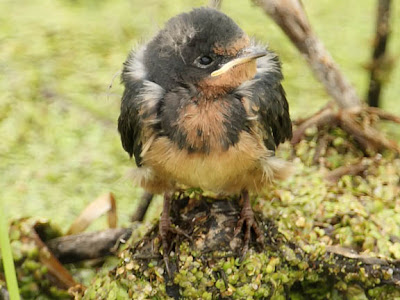 The boardwalk protects the nests from the elements as well as nosey human with long lenses. 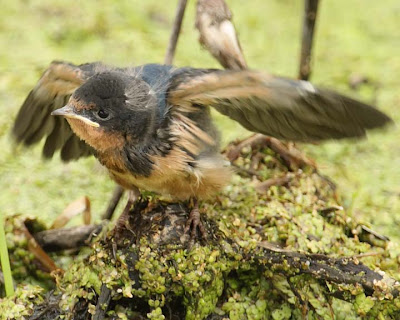 When I visited in late June I found that one of the nestling had become brave enough to venture from the nest and was now on the ground near the side of the boardwalk. 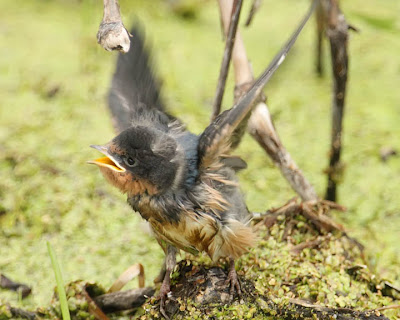 The little guy, or girl who knows, was standing on the root system of some swamp plant that was sticking out above the water level. 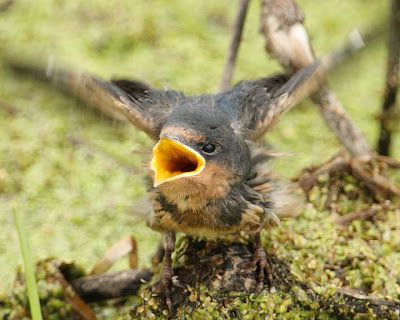 It was fun to watch as the chick would open his mouth, peep, and beg, every time one of the adults would fly by. 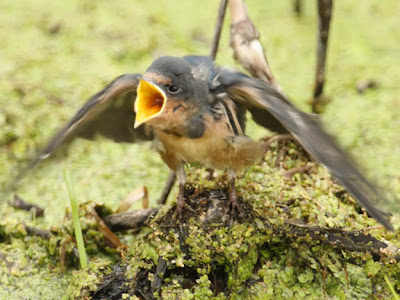 It was old enough to fly on its own but still relied on its parents to bring it food. 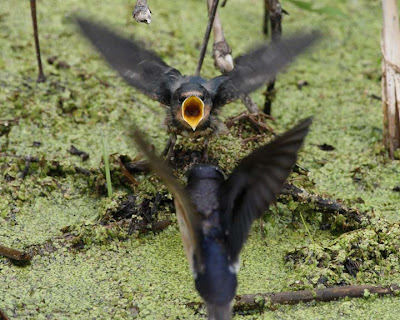 And the adults were very good at hunting down insect to bring to the hungry little chick. I watched for over an hour, it was very fascinating. It was so fascinating that I returned to photograph them again a week later but I will save that for another post. It is dangerous to post to many babies in one post it might make my readers go into cute overload.
Posted by Ecobirder at 3:46 PM

Loved every photo - they are too cute!

They are really cute, we will enjoy seeing the others when you post them. The photos are great.