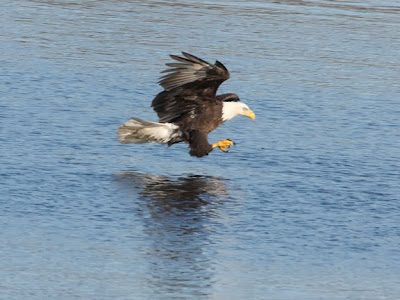 As a kid I was really into wildlife but as often happens life interferes with our dreams and so for many years I was more interested in school, girls, career and other normal pursuits. One day, back in the mid 1990s, Michelle and I took a couple days off to celebrate our anniversary. We decided to go up to northern Minnesota for a bit of a change of pace. We did not really have any plans other then getting away. 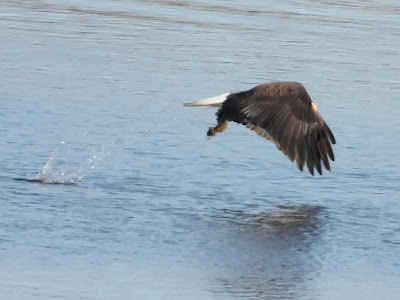 After exploring a the area around where we were staying for a bit my ADD kicked in and I got bored. So I started looking around for activities that we could participate in. At a info rest stop in Duluth I found a brochure on Wild River State Park that listed eagle watching as an activity. It sounded interesting, at the time I had never seen a bald eagle, so we decided to stop on our way home. 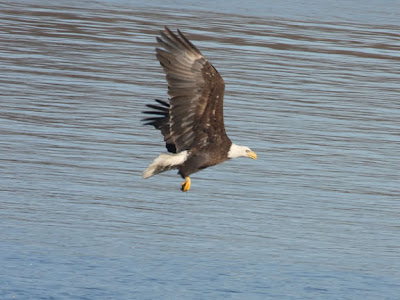 I saw my first bald eagle that day, although it was a little more then a speck in the sky to me, and it awakened that spark in me that I had as a kid. We went back to Wild River the following weekend and by the end of that month I decided that I had to make some changes in my life. So I went back to school got some certifications in computers and got out of the constraining world of retail that I was working in. 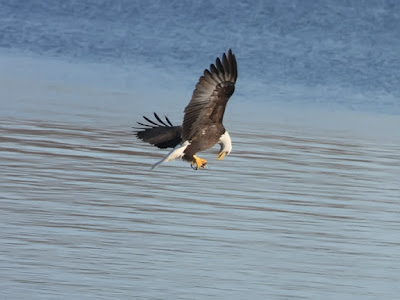 My job was not my only change. I picked up a new camera and began taking pictures of animals at zoos, this gave me something to do when I was traveling for my new job, but I was not satisfied with photographing captive animals. I began to research and found that along the Mississippi River in southern Minnesota was a great place to view eagles during the winter time. So I began spending much of my weekends during the winter photographing the eagles in southern Minnesota, like these that I photographed last January near Reeds Landing.It is because of that first eagle, and all of the other eagles that I have photographed since, that the love of nature that I had when I was young has been rekindled making me the man that I am today.

Posted by Ecobirder at 3:55 AM

Just love your story! It's amazing what one thing can spark such a change. These shots of the eagles are gorgeous! I enjoy all of your posts, but now will see them through new eyes. Thanks for sharing. Have a great day! ~karen

Beautiful eagle photos - and such an interesting history of how you got to where you are today. :)

Great story, It is always wonderful to have a job that you love doing. Awesome shots of the eagles.

Marvellous shots of the eagles! It must be thrilling to watch them. I'm glad you found a job that makes you happy.

Wonderful photos. Thank you for sharing me. :)

I'm impressed with your story and I'm glad you've become a birdwatcher, otherwise we would not have the chance to contemplate your beautiful photos. Great shots of eagles.

It's amazing how our lives change isn't it? It's a great thing that the wonder that you had for nature when young has been rediscovered.

And it's paid off, too, in the photos that you post! WoW! That's a great story & I know I thank you for showing them, especially Eagles. We used to see them around here when I was a kid (about 25-30 years ago) but they've vanished, although, my parents saw one last summer at the pond on their farm. Maybe they'll come back & I'll have a chance of my own to capture some photographs!

Nice series...I see a lot of Bald Eagles and have never gotten such nice pictures.