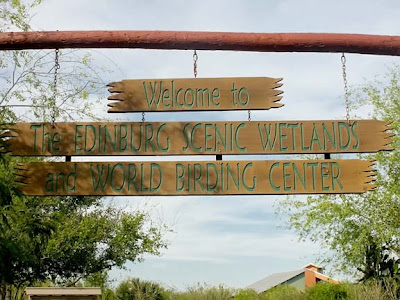 After spending about half a day at Bentsen State Park we headed up to Edinburg to stay the night. Edinburg is basically a suburb of McAllen, Texas and was near to the park where we had planned to spend our Thursday. Edinburg also had a small park that was a part of the World Birding Center, The Edinburg Scenic Wetlands. 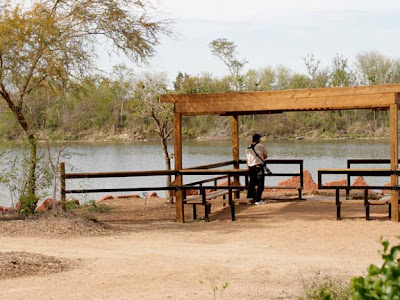 The Edinburg Scenic Wetlands was the first World Birding Center location to officially open back in 2003. It is a forty acre park set in the middle of residential Edinburg. The majority of the park consists of two roughly rectangular holding ponds. Trails and viewing blinds are situated around the ponds. 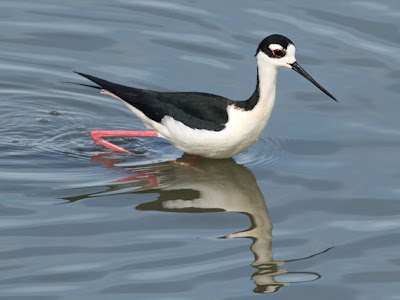 These ponds draw all sorts of birds to the park. We saw numerous different types of shorebirds, such as spotted sandpipers, willet and black-necked stilts, as pictured above. 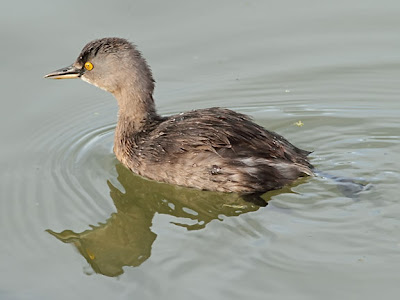 There was also plenty of waterfowl like northern shovelers, cinnamon teal, and least grebe. The least grebe is a south Texas specialty, the only place in the US that you can find these birds. We had seen them at a couple of other locations earlier in the trip but we got our best looks at Edinburg. This was a life bird for us. 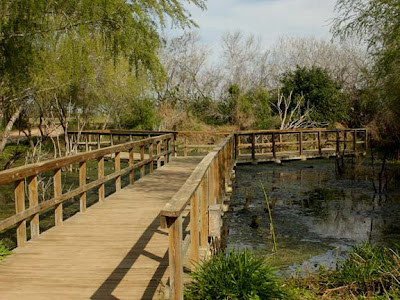 In between the two ponds they have a large butterfly garden and a dragonfly pool. I was eager to check out the dragonfly pool unfortunately it was not dragonfly season while we were down in Texas. 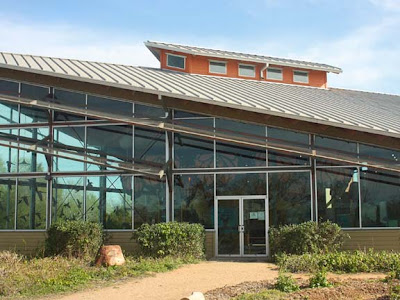 They also had a beautiful state of the art visitors center. Inside they had a gift shop, exhibits, learning areas, and plenty of windows to look out at the park. I noticed that the windows were not very reflective and they had wires and other objects placed over them to help keep birds from flying into them. 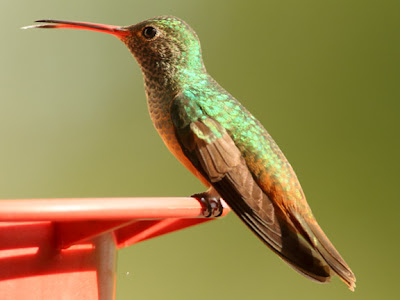 They also had several hummingbird feeders at the visitors center which attracted another south Texas specialty the buff-bellied hummingbird. This was another life bird for us.

Posted by Ecobirder at 6:17 AM

Very interesting! I'm going to check this out and see how far it is from my daughter's!! Won't be long before I'll be paying her a visit. I'm glad you had such a nice time in Texas. It is one of my most favorite places! ~karen

It's a ways away, but would make a nice trip for a couple of days! She keeps moving further and further north, inch by inch! Now she's in New Braunfels. My favorite was when she was in Kingsville! ~karen

Wow...these photos are terrific. That black necked stilt is gorgeous. We had grebes here on our lake in Minnesota, actually. Probably not the same type, though. There was one that kept hanging around our dock and the grandkids named him Gary! Gary the Grebe...we got a kick out of that.

We have some good friends who have a place at Alamo which is also a suburb of McAllen, I think. I'll have to ask them if they've ever visited the Edinburg Scenic Wetlands.

Great shots and a spectacular location.

EB: Loved the Spotted Sandpiper and the hummingbird.

Wonderful birds and photos. And a great place to go birding. Someday I hope to get there.

Marvelous shots and interesting post as always and so many lovely birds! Love the hummingbird! Hope you have a great week! Enjoy!

I enjoyed reading your post and especially enjoyed the hummingbird pic at the end. I have two hummingbird feeders in my yard and I spent some time this morning sitting on the deck photographing birds as they came to feed.

Beautiful, and what a lovely green shimmer on the hummingbird.

Lovely shots. I can imagine that the dragonfly is really beautiful when it's the season for them!

Greetings from India and thanks for sharing this part of your world. The birds look beautiful.