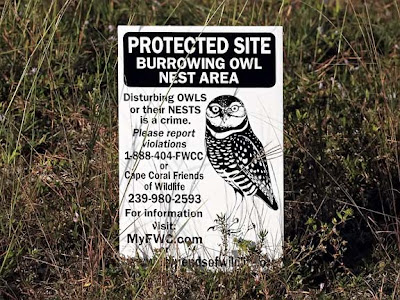 Cape Coral is located on the Gulf Coast of Florida along the mouth of the Caloosahatchee River. The city was founded in 1957 as a master planned pre-platted community. It encompasses 120 square miles which makes it one of the largest cities, in area, in the state of Florida. The city also boasts over 400 miles of canals which is more then any other city in the world. Unfortunately the extensive canal system has had a negative affect on the environment and the tides. We found the city interesting and difficult to navigate, with all the canals, but the reason that we stopped in Cape Coral is because it is home to the largest population of Florida burrowing owls in the world. 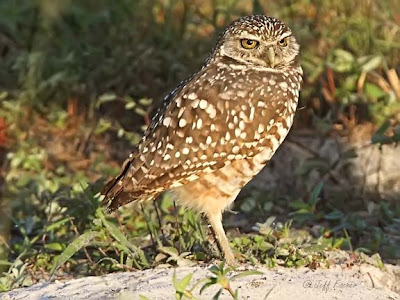 Nice posts. We just returned from Florida and enjoyed the birding as well. Ding Darling and Corkscrew were highlights...

I would love to see these.

This is a first for me. I have't heard of this type of owl. I too would be really excited to see one.

A burrowing owl is a sight I would dearly love to see. Magnificent bird!

I used to hear owls all the time when I was growing up, but I don't remember ever seeing any. I'd like too.