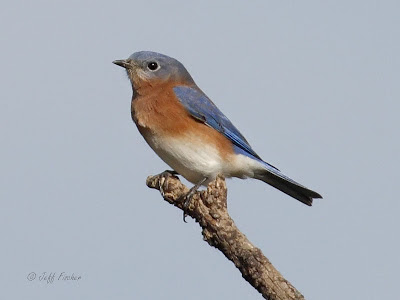 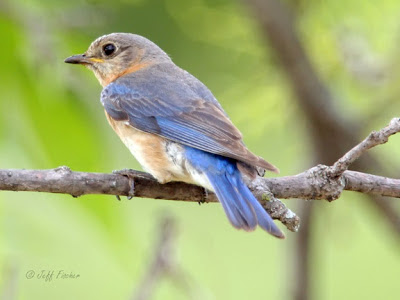 It is the female bluebird that actually builds the nest. The female also incubates the eggs alone, although he does help by providing food. Chicks are helpless when they hatch and the female needs to continue to brood them for about another week. The male must bring food for the whole family until the chicks can survive on their own then both parents need to hunt for food. Eastern bluebirds eat primarily insects,fruit and berries. A family will typically raise two broods per year with the second brood often wintering with the parents. Birds in the northern portion of the range migrate south as winter approaches. Often flocks of bluebirds will gather together during the winter to forage. Although in mild years it is not impossible to see eastern bluebirds here in Minnesota during the winter. 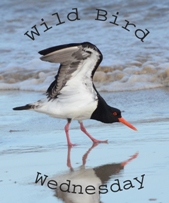 Eastern bluebirds are so delightful! I saw my lifer in Texas last spring, and it was such a treat to watch them foraging for their young - the chicks were just about to fledge. So delightful!

Beautiful birds. I would love to see one!

Great post, smart bird, and good to read info about them
cheers

I do believe all the conceρtѕ yοu have intгoduced
to your post. They're very convincing and can definitely work. Nonetheless, the posts are too short for starters. Could you please lengthen them a little from next time? Thanks for the post.
My blog - Chemietoilette

Beautiful birds, I was hoping to see some blue birds on my trip to Reno. I got a Scrub Jay but that's as close as I got. Happy to see one too!!

I have seen the Eastern and the Mountain, but so far not the Western. Your images are quite lovely of these blue beauties!