Other waterfowl at Vadnais Lake

I found some other water fowl at Vadnais Lake like an redhead duck. We do not usually do not see many redhead ducks here in the Twin Cities except during migration. Typically their summer range is more westerly and they winter further to the south. Due to loss of breeding habitat, marshes and prairie potholes, their numbers have been declining. Redheads usually mate with a new partner each year. After mating the males molt which leaves them flightless for almost a month. 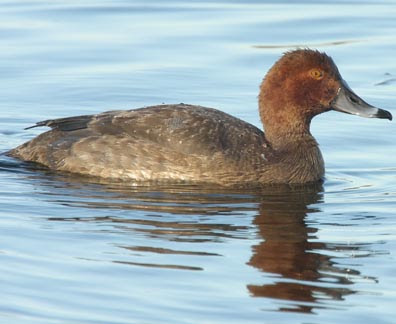 There were also some American coot swimming around. 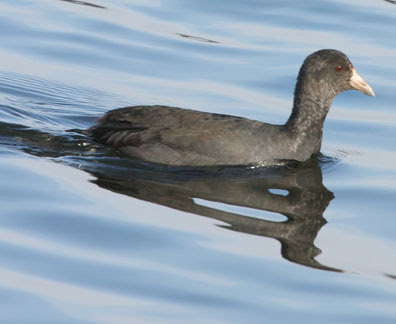 Although many people think of coots as ducks they are actually a member of the rail family. The main difference between coots and ducks is that coots do not have webbed feet like ducks instead they have scalloped toes as you can see in the picture below. 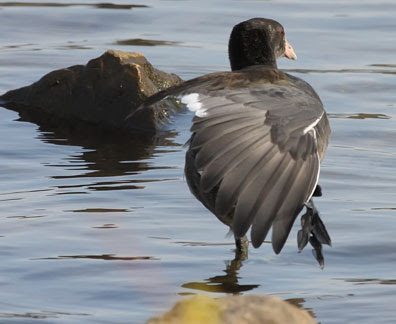 It is funny watching coots take off from the water. They usually have to run across the water while flapping their wings until they are airborne. Once in the air they are strong fliers. There are records of coots that have crossed the Atlantic Ocean into Western Europe.
Posted by Ecobirder at 11:15 PM