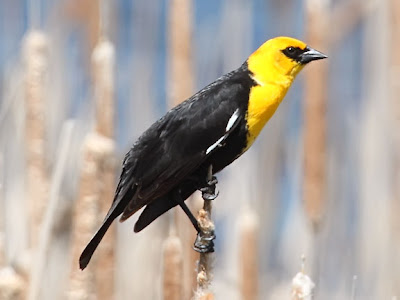 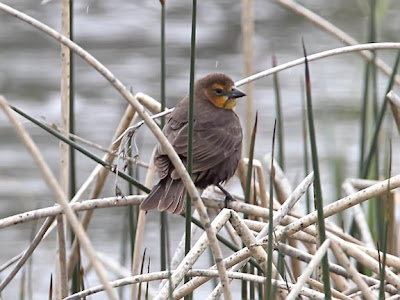 Male yellow-headed blackbirds arrive at the breeding grounds first. The come from the wintering grounds in Mexico and Central America. The male will defend his territory from other yellow-headed males as well as red-winged blackbirds and marsh wrens. The male will sing to attract females to nest in his territory. He will often mate with multiple females but he will usually only help raise the first group of nestlings. Females are much less colorful then the males. Since they spend quite a bit of time on the nest it is to their advantage to have better camouflage

Love the photo of the yellow headed blackbird!

Wonderful shots - love the clarity in the first one!

I remember exactly the first time I saw a yellow-headed blackbird. I thought I was imagining things! What a wonderful sight!

He is a beauty, as is the female. I like how you provide your readers with information on each post.

ativan online what is lorazepam 1mg tablets for - ativan names