The Short Life of the Spiny-backed Orbweaver 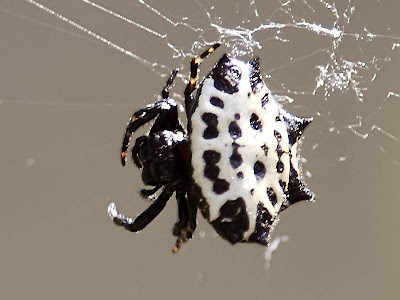 Gatteracantha cancriformis is a species of genus Gatteracanha, spiny-back orbweavers, found in North, Central and South America. It is found in wooded area in tropic and subtropic climates. In the U.S. it is found across the south from California to Florida. It is easy to identify through the crablike shape of the abdomen and the spines that line it. Though it may look like a crab it is not in the same family as crab spiders are. These are a part of the orbweaver family which are spiders that spin intricate orb spaped webs which they use to catch their prey. 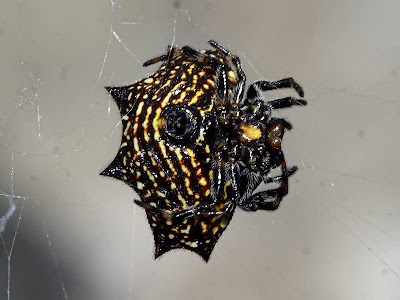 These spiders can come in several different color patterns. They are usually mainly white or yellow in color with black spots. The spines on the white variety can be either black, as the one above, or red. The yellow version always has black spines. The color pattern underneath is quite different as you can see in the second photo. This is a female spider. It is easy to tell because like most spiders the female is much larger then the male. as a female she will have a longer life then her male counter part. The male spider will die shortly after mating. This usually occurs only about 3 months after they hatch. The female does not live much longer. She will die after laying her eggs. 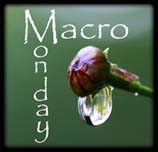 I have learned so much about spiders from you. You are such a wonderful teacher. I am fascinated with all the information you give us. These spiders are different looking from any I have seen. Guess we are not warm enough here. Bet they are to be found in south Florida where I was reared. The first one really does look like a mini crab. Thanks for my lesson for the day. genie

I am from Kerala, state of India. I just found a spiny orb weaver in our locality. I was looking for information on this species. Thanks for the content. So this also confirms spiny orbweaver are found in South India. To be precise, around the backwaters of Alleppey, Kerala.