Let's get ready to ruummmble!

On Monday the 10th my new Canon 40D came in and so I headed off to Dodge Nature Center to try it out. While I was there I spotted a couple of groups of wild turkeys that had come out of the woods to forage the lawns by the headquarters. There were two groups with a total off 29 turkeys. 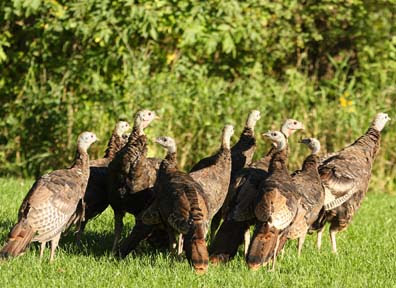 I was taking picture when I saw another tom come out of the woods alone. The toms running the two groups that I was photographing puffed up and started heading to the intruder, their harems following behind. 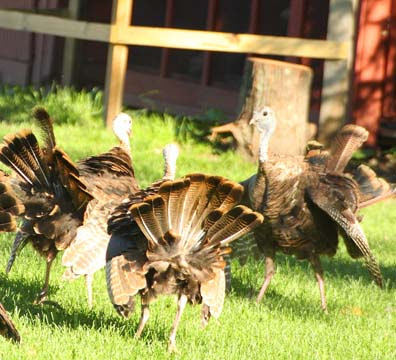 After a short stare down the 3 toms erupted into a frenzy of furry and feathers. 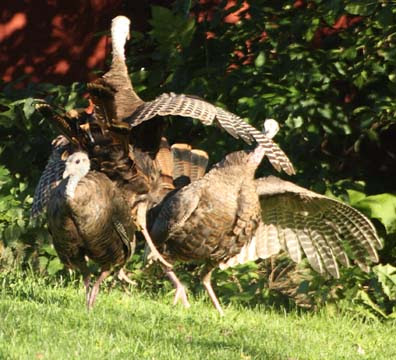 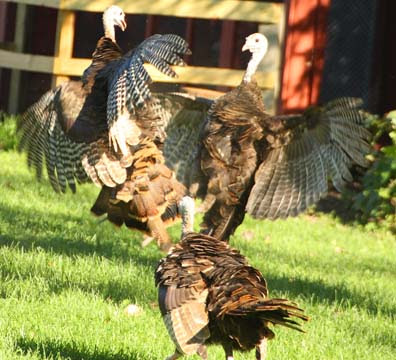 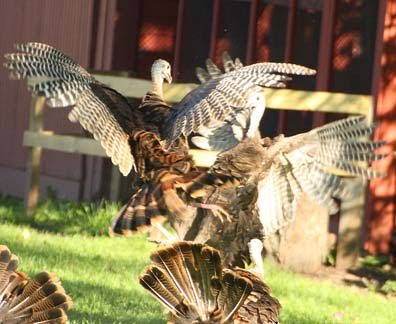 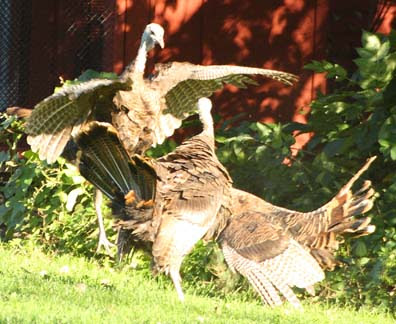 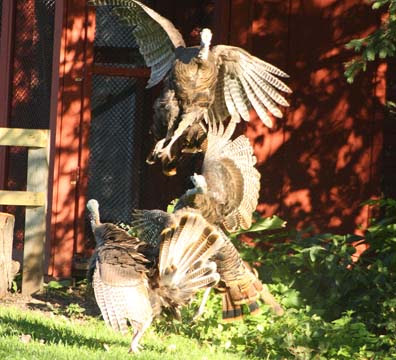 The intruder held his ground for a while but the two group leaders where relentless and eventually he retreated back into the woods and the groups went about on their merry way.
Posted by Ecobirder at 5:41 PM

Just discovered Ecobirder and am an instant fan. Wonderful photographs! You helped me (a butterfly neophyte) identify what I think is an Eastern Comma butterfly I took a photo of today at the Maltby Nature Preserve near Randolph.
http://penelopedia.blogspot.com/2007/09/walk-at-maltby-nature-preserve.html

I do a little Northfield-area birdwatching and occasionally discuss it at penelopedia.blogspot.com.

Thanks Penny, I am glad that you like the site. I am really just a beginner when it comes to butterflies and dragonflies. One of the cool things about blogging is that while I share my pictures with people I am also learning about things like butterflies myself. I took a look at your site and it looks great. I think that you are correct in your identification of the eastern comma.