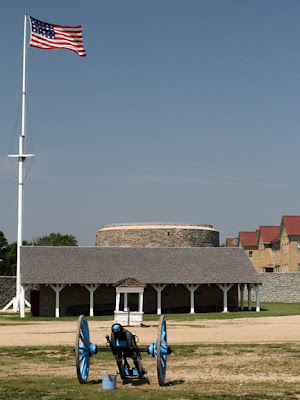 This year to celebrate the U.S. Independence holiday I decided that it might be fun to do something somewhat patriotic. So I paid a visit to Fort Snelling which is a local historic location here in the Twin Cities. After the War of 1812 the government of the United States of America began to build forts between Lake Michigan and the Missouri River. The purpose of the forts was to protect the new U.S. territories from Canadian and English forces in the north, control relations with Native Americans, and protect the lucrative fur trade. 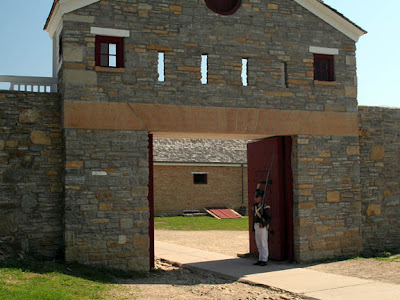 In 1817 Major Stephan Long approved the site for a new fort at the confluence of the Minnesota and Mississippi Rivers. The area had long been an important meeting place of the Dakota Sioux Indians and held an advantage overlooking the two major waterways. 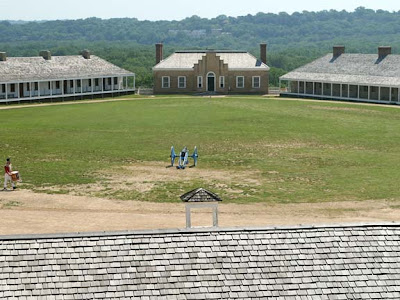 In 1820 the U.S. 5th Infantry Regiment began construction of the fort under the leadership of Colonel Josiah Snelling. Originally the fort was named Fort St Anthony after the St Anthony Falls located in what is now the northern Twin Cities. When the fort was completed in 1825 the army decided to rename it Fort Snelling in honor of its first commander. Snelling commanded the fort until 1927 when he was recalled due to health concerns. He died a year later later. 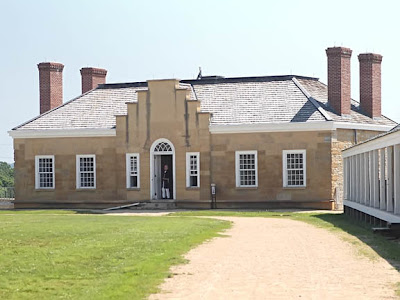 As more of the western territories became settled the need for Fort Snelling diminished. In 1858 Minnesota became the 32nd U.S. state and the fort was decommissioned and then sold. In 1861 the fort was leased back by then Governor Alexander Ramsey to train Minnesota Soldiers to fight in the U.S. Civil War. Minnesota offered the first troops to fight for the Union and were pivotal in many Civil War battles, including the Battle at Gettysburg. Minnesota furnished at least 16 regiments of soldiers for the war all of which were trained at Fort Snelling. 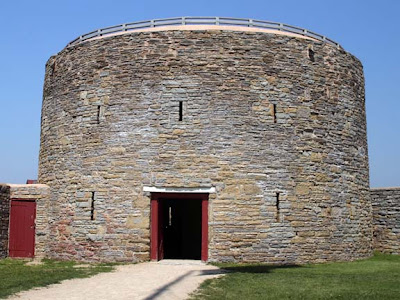 In 1962 the fort played an important role in the U.S.-Dakota War of 1962. An uprising by a small group of Dakota Sioux Indians in Minnesota lead to a six week war with the Dakota tribes. Colonel Henry Sibley, who was in charge of the fort at the time, ended the war and sentenced 303 Dakota men to death. Later President Lincoln renounced the sentence on warriors who had not killed civilians leaving 38 men who were executed by hanging near Mankato, MN. It was unfortunately the largest mass execution in U. S. history. Fort Snelling continued to be ta training ground for Minnesota soldiers until it was decommissioned for a second time in 1946. In 1960 the fort was listed as a National Historic Landmark. Today much of the fort has been restored by the Minnesota Historical Society, who manages the property. They use the fort to help educate people, like me, on Minnesota history. Costumed staff can be found around the fort during the summer, such as in the round tower above which is the oldest building in Minnesota, to interpret what life was like at the fort in the 1800's.

A fascinating piece of American history, an interesting read. Thank you and wishing you and your family a very Happy 4th of July.

It is always nice to learn more about our country and the rich history(for such a young country!). Well documented!

Oh wow, what an exciting place to take the kids for an educational field trip. Lovely place. Would love to see the costumed staff myself. Thank you for sharing! Happy 4th! :)