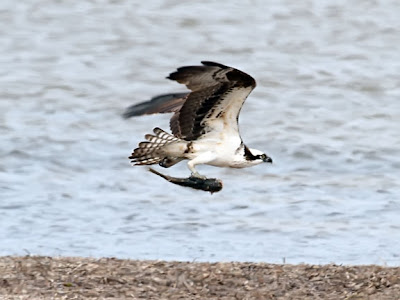 The osprey is a large raptor that is found through out the world. They are commonly referred to as fishing hawks because the majority of their diet consists almost exclusively of fish. Unlike most sea or fishing eagles the osprey often dives down into the water, submerging itself up to two feet deep in search of prey. Eagles usually only get their feet wet which is why osprey are much better at catching fish then a sea eagle such as a bald eagle. Unfortunately most eagles are larger then osprey and they are not against bullying or stealing an easy meal.

Great shot of a beautiful bird!

Awesome capture and such a beautiful bird indeed! Have a great evening!