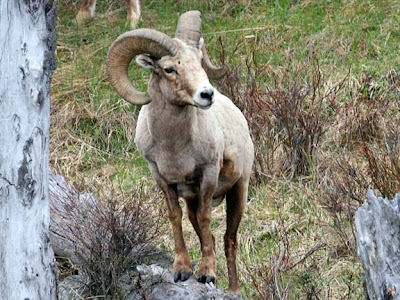 The term ungulate means being hoofed and refers to any hoofed animal. The hoof is a modified toenail that evolved over time in many prey species that needed to be able to run from fast-running predators. Because the hoof can support the entire weight of the undulate it is the only part of the foot that touches the ground. The rest of the foot has evolved and become a part of the leg allowing the undulates to have a longer stride. 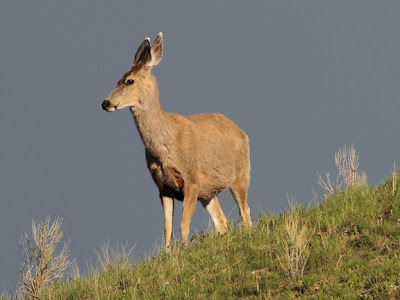 Ungulates were at one time a part of the order Ungulata, however since many ungulates are not very closely related Ungulata was broken down into six separate orders. Since the order Ungulata no longer exists the term ungulate usually now just refers to the hoofed mammals, most of which are members of the Perissodactyla, odd-toed, order or the Artiodactyla, even-toed, order. Members of these orders include horses, cows, bison, rhinos, camels, giraffe, moose, elk, deer, sheep and more.

Wonderfully informative blog ~ Your photos are always a delight for me ~ ~ thanks, namaste, Carol (A Creative Harbor) Happy RT

I enjoyed reading and learning something new today. Actually, I never heard the word 'Ungulate" before. Never to old to learn something new!

You gotta love the constant changes in animal classification. The bighorn sheep is a beauty.

How funny, I used ungulate too, however my animal was a giraffe. Great shots and interesting post.

Love the horns on that ungulate!

Interesting!!! Love the sound of the word...

Nice pics and nice post - I learned something new today. Thanks for sharing.