Wild birding in Wild River State last August I came across this scarlet tanager who was in the process of molting into his winter plumage. 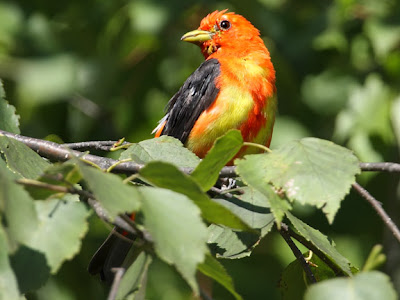 Scarlet tanagers are found through out the eastern portion of the United States during the summer. At that time the males are a bright red color with black wings. 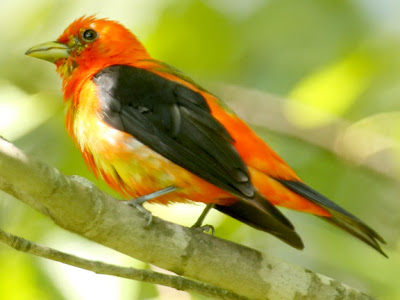 As fall approaches the males begin to molt into an olive green color, which is similar to the color of many of the females. During the fall the birds will migrate down to the north west portions of South America where they will join in foraging flocks of other insect eating birds.
Posted by Ecobirder at 9:52 AM

What a beautiful bird!

What a stunningly beautiful bird!!!!

How unusual it looks while molting. We have Western Tanagers here, guess I'll have to take a pic now that I have a better camera.