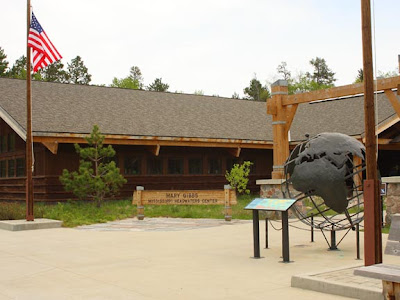 Since we took a winter trip to Texas this year we decided that taking the annual trip to Yellowstone in May was a little more then we could afford. So instead of driving out to Yellowstone I headed up to the Detroit Lakes Festival of Birds in May. I have always wanted to go to this festival, the largest birding festival in Minnesota, but it always happens when I am typically in Yellowstone. 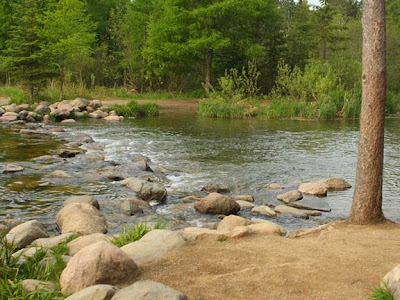 The festival basically lasts Thursday through Sunday but I only registered for the field trips and speakers on Friday and Saturday. One of the field trips that I signed up for was a trip to Itasca State Park. I wanted to go to Itasca for its history and significance almost as much as for its wildlife. Itasca was established as a state park back in 1891 which makes it the oldest state park in Minnesota and the second oldest state park in the US. The reason why it was designated as a state park is because Lake Itasca is the headwaters for the Mississippi River, the largest river in North America. The picture above is the actual beginning of the Mississippi. This is also considered a National Natural Landmark and is in the National Register of Historic Places. 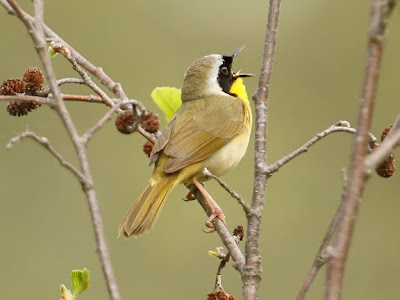 Even though the day was overcast we did manage to see some birds. Common yellowthroats can often be found in vegetation near water. I found this one singing a territorial call near the headwaters. 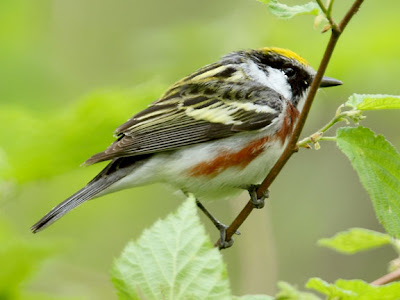 At one point during the trip we hiked out into the woods, braving mosquitoes that were as thick as clouds and ticks, to try and find an elusive black-backed woodpecker. A few of us managed to catch a glimpse of one in the distance, I did get a couple of pics but I have much better pictures of black-backs already, but what I was excited about was the chestnut-sided warbler in the undergrowth near the side of the path. I have seen chestnut-sided warblers before but have never been able to get a picture, and I don't add a bird to my life list until I get a pic. With a little bit of patience he finally came up to perch where I could see him and I got to add another bird to my list. 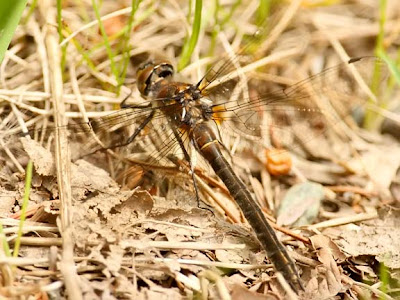 I also did manage to catch a dragonfly also. I only was able to take a couple of pics before he flew off and I was not able to get any other angles so I am not certain what specific type he is other then he is probably a type of baskettail.

Posted by Ecobirder at 8:10 AM

Looks like a happening place! Just love your picture of the singing Common Yellowthroat, and think you were pretty lucky to grab a shot of the chestnut-sided! I've not had that pleasure. Thanks for sharing a little bit of your adventure! ~karen

What a beautiful place and I love your photos as always! I did get a giggle out of the yellowthroat singing and his big mouth! So interesting to see the beginning of the Mississippi River! It is a magnificent river! Hope you've had a great holiday weekend and a good week to come! Enjoy!

What delightful shots. That yellowthroat is so pretty.

Gorgeous bird shots! Love the woodpecker (?). Looks a lot like our sparrows, though I doubt he really does in person.

Nice shot of the singing Yellowthroat!

The dragonfly is a female American Emerald -- probably a recently emerged one, since her eyes haven't turned green yet. I was just at Itasca last week and didn't manage to see any of that species, but the later-flying Racket-Tailed Emeralds were all over the place.

Warbler is beautiful. Great shots thanks for sharing!