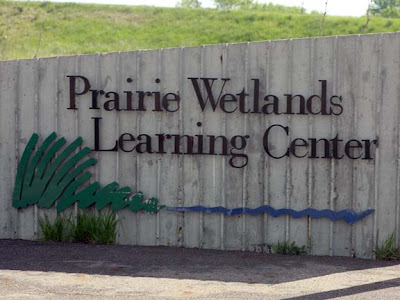 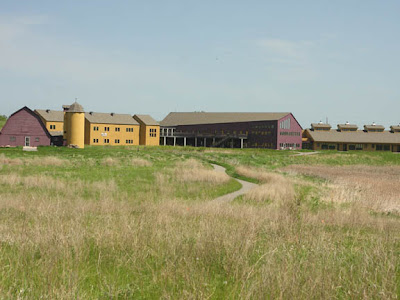 The Prairie Wetlands Learning Center is the first residential environmental center operated by the U.S. fish and wildlife service. It began as a grass roots effort back in the 1970's to establish a public use facility focusing on prairies and wetlands. A local group calling themselves "The Friends of the Prairie Wetlands Learning Center," formed in 1989 and through private donations and grants they were able to open the center in 1994. The facility was expanded to include a dormitory and visitors center in 1998 and an education wing in 2008. 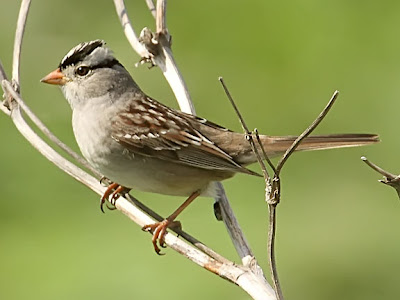 The Prairie Wetlands Learning Center is located on the Townsend Waterfowl Production Area, a 330 acre tract of land consisting of native and restored prairie, 28 wetlands and an oak savanna. There have been over 180 different species of birds that have been identified on the center grounds. With the abundance of prairie habitat it is no surprise that many different types of sparrows can be found there. 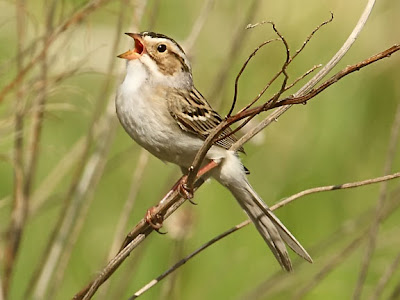 I have to confess that I have a difficult time identifying sparrows, right up there with gulls and darner dragonflies, so if I have misidentified any of these sparrows please let me know. I believe that the first sparrow, 2 pictures above, is a white-crowned sparrow, the one directly above is a clay colored sparrow and the one below is a song sparrow. 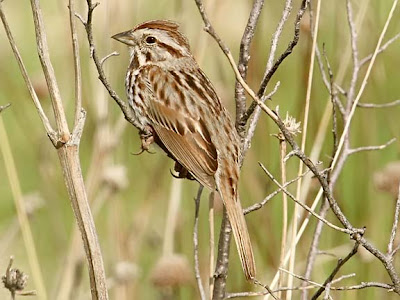 One of these days I am going to have to take the sparrow workshop that Doug Buri and Bob Janssen put on out in western South Dakota. I took their shorebird workshop back in 2008 but have not had the time to get out to take the sparrow workshop in October. Last year they identified 14 different species during the three day workshop. If you are interested in this workshop here is the address where you can find more information. 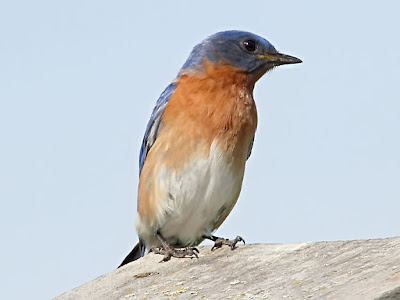 Besides sparrows there were other birds like this eastern bluebird. Bluebirds seem to be more common these days. That is just my unscientific observation. 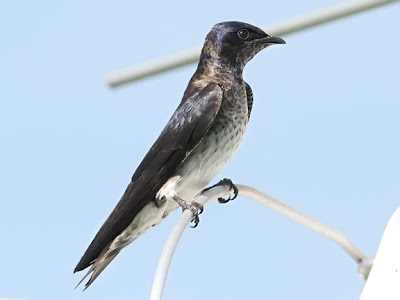 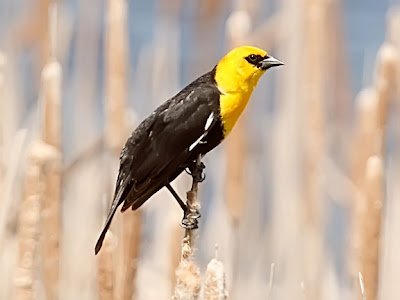 Besides the prairies the Prairie Wetlands Learning Center also has wetland areas. Around the wetlands I found quite a bit of bird life, such as Canada geese, mallards, American coot, as well as redwing and yellowheaded blackbirds. 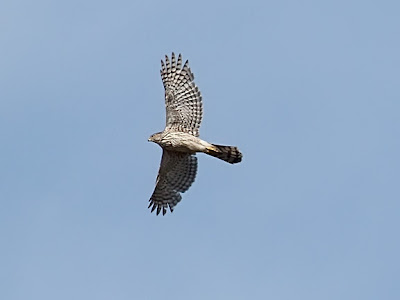 While I was on my way back to the car everything went quiet. All of the small birds seemed to just disappear leaving me with just the Canada geese and mallards. A shadow crossed over head and I looked up to see a coopers hawk crossing the sky in search of prey. Since the geese were a little much for a coopers hawk it continued on its way.

I always love your photos of such lovely birds and the information your include. Great post for the day as always! Have a wonderful week!

Great photos! I loved reading this post. Didn't know there are such pretty little sparrows. I think the eastern bluebird is more common ; one built a nest in my daughter's mailbox in NC. I don't see them in OH. And have never seen a yellow headed blackbird....he's a beauty.

My favourite is the yellow headed blackbird. They are all fantastic though. Great shots!

This is a wonderful post for which I thank you. The text is engrossing and the images a treat. I love sparrows. I love their essential ordinariness. That Martin is gorgeous too. Are they a form of Swallow or vice versa? What is a 'gourd"? I thought it was a large pumpkin but you seem to use the word as some sort of nest or cover.

Nice photos! Glad to find someone else who shares in interest in all the nature that surrounds us.

Bird watching is so much fun. I am an amateur's amateur for sure but I am learning slowly. - Margy

Sounds like quite the place to be!! Hey, swallows, like gulls, are hard! Just learn a couple each year! ~karen