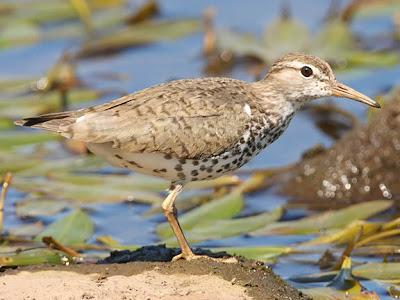 The spotted sandpiper is one of the most wide spread sandpipers found in North America. They breed through out most of the northern two thirds of the continent and winter in the Southern United States, Mexico, Central America and the northern half of South America. 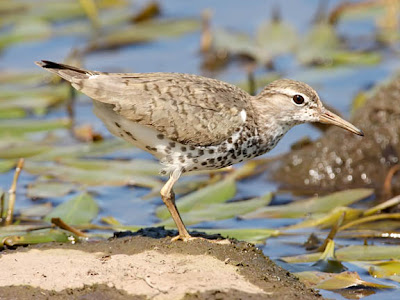 Unlike many other types of birds it is the female spotted sandpiper who arrives in the breeding grounds first, before the male, establishing and defending a territory. When the males arrive she may mate with more then one, leaving the male to tend the clutch while she lays eggs with up to three other males. The males will incubate and the eggs and care for the chicks once they hatch. 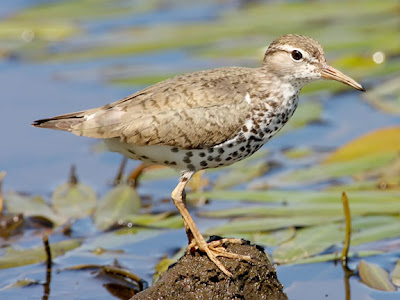 Sometimes a male will even end up caring for chicks that were fathered by an earlier male because females can store sperm packets for up to a month. This bird, which I photographed on the shore of the St Croix River in Wild River State Park was probably a male because I did find a chick running around.

Interesting information about the sandpiper! The female certainly gets around! Great photos!

gender equality in its finest example in the animal kingdom!

Nice shots! I think these are the type I see up at the lake but they usually move so fast it's difficult to get a shot of them.

Your caring sandpiper shots are wonderful.