One of the highlight of my visits to the Maplewood Nature Center, this summer, were the green herons that were living in the park. 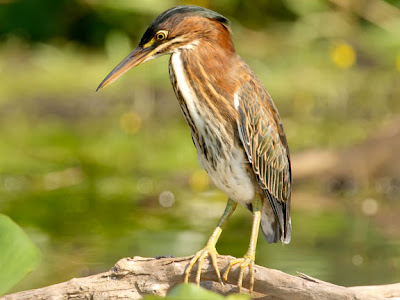 On one of my first trips, back on July 31st, I had the privilege of being to photograph one of the herons while it was hunting in the shallow parts of the lake. 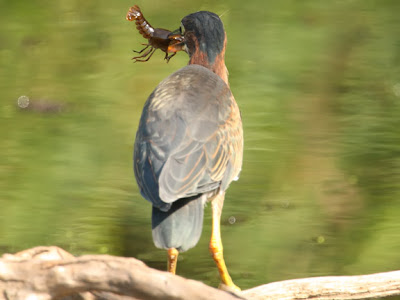 Green Heron hunt by standing very still in the shallow water and then darting forward to catch their prey in their bill. 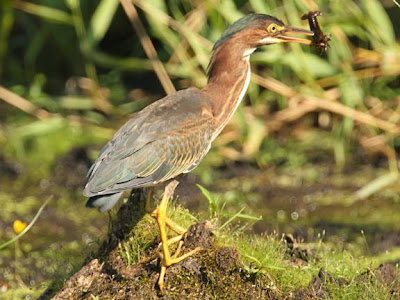 Sometimes they even drop bait, such as worms, twigs or feathers to lure its prey with in range. 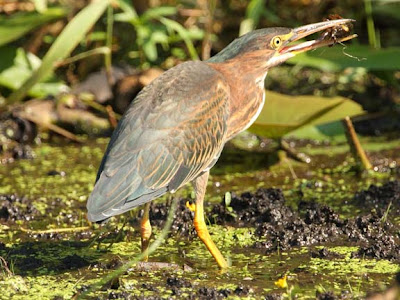 Their prey consists of fish, frogs, bugs, invertebrates and other small animals. 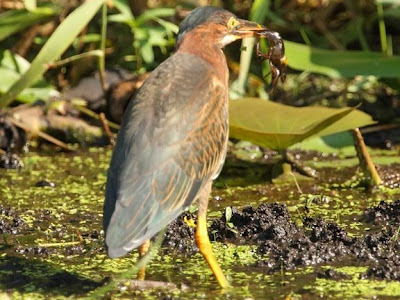 This heron thought that this was its lucky that day, because he caught a gigantic crayfish for dinner. 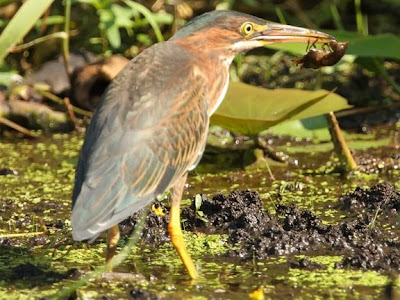 Unfortunately, for the heron, the crayfish was more then a mouth full for the bird. Although he tried for quite a while to figure out a way to devour his prize. 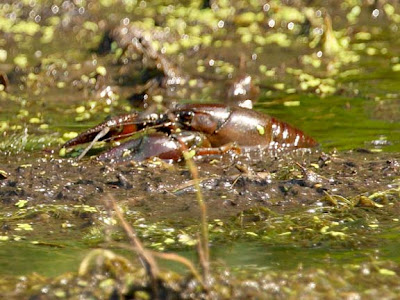 Fortunately for the crayfish the heron was not successful and eventually he gave up and the crayfish got away. 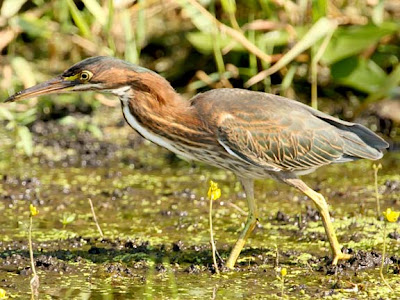 Still hungry the heron took off on the hunt again, slowly stalking through the muck. 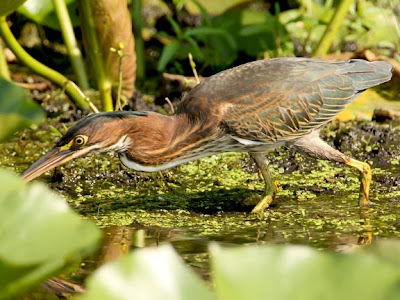 It did not take him long to find something else of interest. 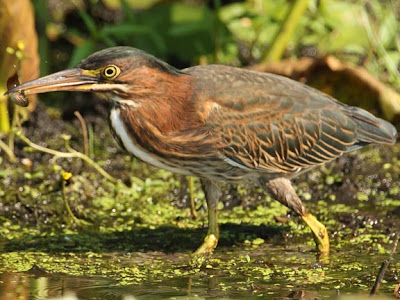 With a lunge he caught something a bit more manageable. 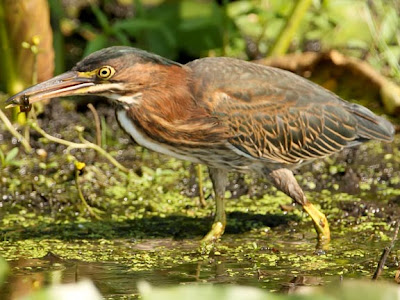 I am not sure what it was, maybe a leach or a tadpole or small fish. 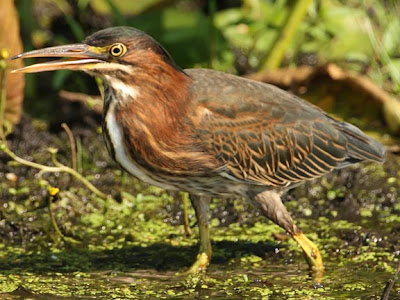 Whatever it was it was a lot easier to eat then the huge crayfish. 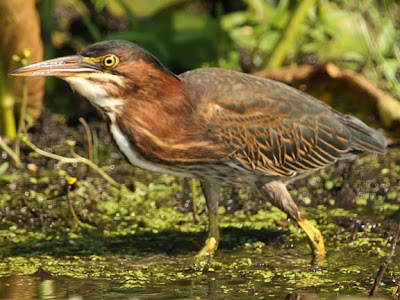 So although he was not able to capitalize on his super catch he did not go away hungry that day.
Posted by Ecobirder at 8:36 PM

This is a terrific series.
Lucky day for the crayfish!

That's quite a different take on 'the one that got away'.
You had the better catch of the day with that superb series.

That crayfish was HUGE!! Lucky for you, you got to see the whole thing! Great post!