Sunday morning (Oct 7) it was still sunny out so I headed out to the Black Dog Unit of the Minnesota Valley NWR. I parked at the River Hills Drive entrance, which is on the west side of the park, and headed north on the trail. Right before the trail took me into deep woods I spotted a red-tail circling in the sky over the lake. Once I was in the woods I spotted quite a few sparrows, warblers, robins and chickadees. Unfortunately it was too dark, in the woods to get many pictures. 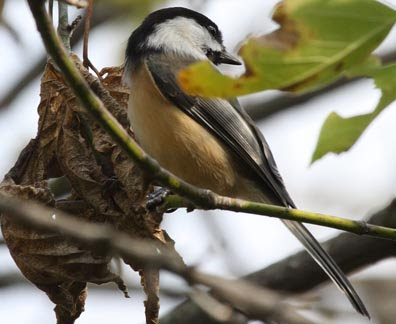 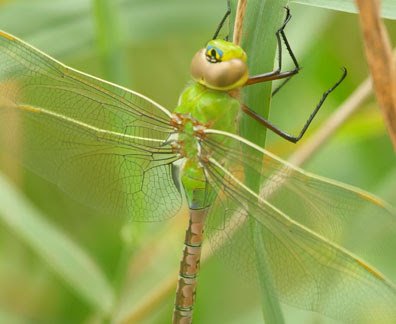 I could tell that this one was a female by it's red abdomen. Since I was in the open I noticed that the sky had begun to cloud up. Since I did not have any rain gear for the camera I decided to turn back and drive to the other side of the lake. By the time I got down to Black Dog Road the skies where threatening rain so I decided to drive around the lake and see if there was anything that I could get pictures of from the car. While I was going past the power plant I noticed a double-crested cormorant perched high in the trees on the side of the river. 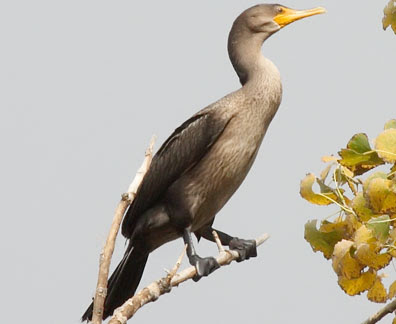 Further down Black Dog Road I found a spot that I could park where there was a field next to a channel that allows water from the river to flow into the lake. It was not raining yet so I decided to explore. There were a few sparrows around and about a half a dozen cormorants in the lake. I was chasing a clouded sulfur around trying to get a picture when I caught sight off a pearl crescent butterfly. The crescent was a lot more cooperative then the sulfur who was fluttering around like a toddler on a sugar high. 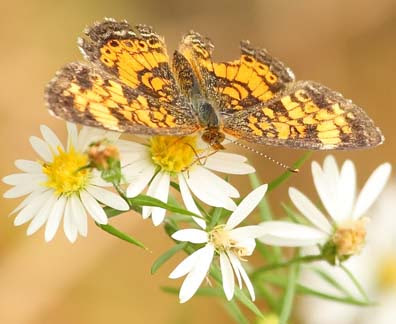 Shortly after I got back to the car it began to lightly rain so I decided that I would prolly not get any more pictures so I headed home.
Posted by Ecobirder at 3:52 PM