The last stop in my Duluth adventure

My last stop on my Duluth tour, on Thursday, was Two Harbors. By the time I arrived it was after 4:00pm so I did not have much time. It would be dark soon and I still had to drive for about 3 hours to get home. In the harbor I spotted two ducks. The first one was a bufflehead. 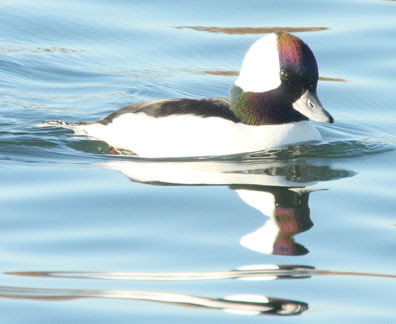 Buffleheads are very colorful when the light hits them just right. The only buffleheads that I have photographed in the past were a pair at the Bosque del Apache last winter, so it was kind of cool to see one in northern Minnesota. 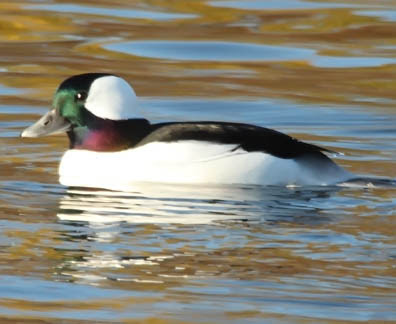 The other duck in the harbor was a scaup. I think that it was a greater scaup because it was much larger then the bufflehead and it had a very thick beak. 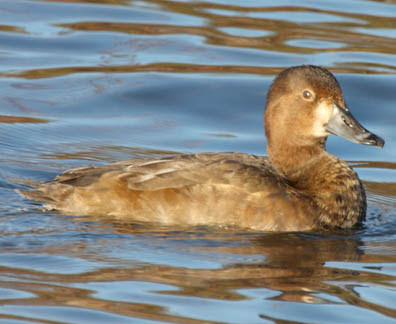 On the shore a pair of snow bunting were foraging in the grass. 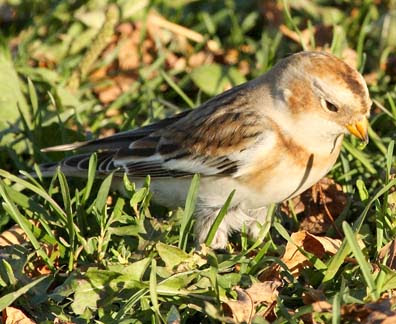 Then I decided to take a few minutes to check out the woods by the light house. I saw a few dark-eyed juncos, white tailed dear, and a downy woodpecker, who appeared to be molting or at least he had a few feathers out of place. 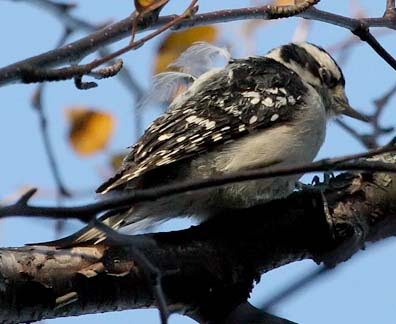 I wish I would have had more time to check out the north shore but the sun was setting so I knew that I would have to plan another trip if I wanted to do more north shore birding. So I packed up my equipment, stopped for gas on the way out of town and began the trip home.
Posted by Ecobirder at 9:41 PM

There was a bufflehead on the Cannon River in downtown Northfield a few times in the late spring this year -- a very unusual sight among the typical town mallards and geese.