Instead of returning to the Upper Midwest Audubon Conference, after I ate on Saturday, I decided to start my field trip to the Bass Ponds early. This meant I would miss the program sessions that were scheduled from 1:00 to 2:00 but I figured that this way I could get back early enough to catch Laura Erickson's program which was scheduled as one of the alternatives for people who did not want to go on a field trip. The first place that I headed to when I arrived was the trees where I had been photographing warblers the week before. There were still a few yellow-rumped hanging around and so with a little patience I got a couple of pics. 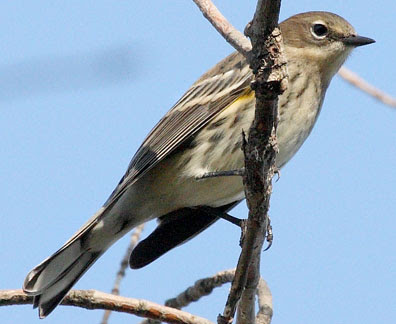 While I was sitting watching the warblers a red squirrel came over to check me out. It looks like he brought his own lunch to the stake out. 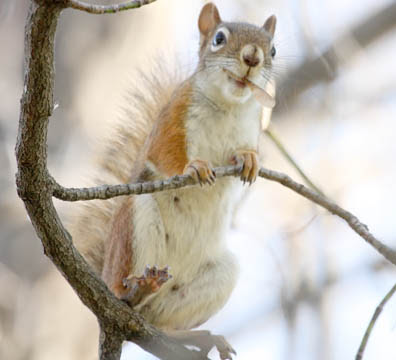 After I spent a bit of time watching warblers I decided to move on and check out the ponds. They were pretty quiet except for a group of canadian geese. 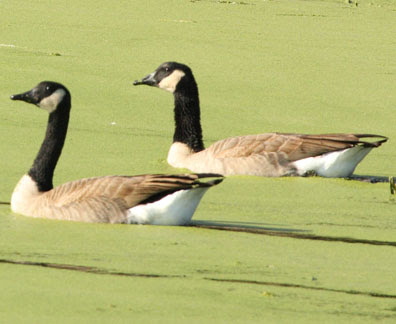 The river channel was another story. In the river I spotted quite a few geese and mallards as well as a few egrets still hanging around and a flock of american coots. 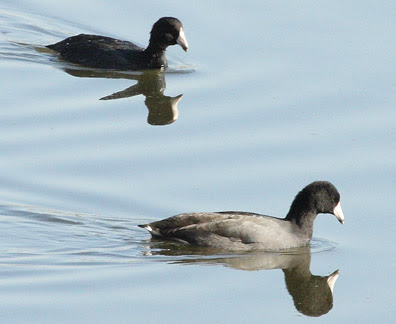 I still had time before I needed to leave to get back to the convention so I continued on the trail under the new Cedar Avenue Bridge on my way to the old Cedar Avenue Bridge. This area is mostly fields with one small pond. There were plenty of insects there and I got some great shots, but I will put them in my next post so that this one does not get so long. In the fields there were also a few black-capped chickadees searching for seeds. 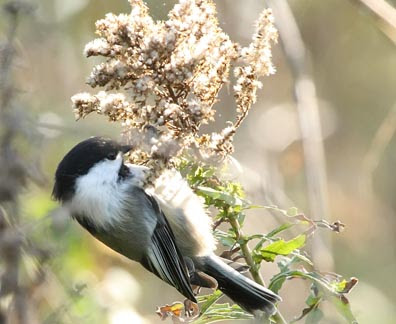 When I passed by the new Cedar Avenue Bridge I saw a little larger bird fly. I did not get a good look so I could not ID it but it looked a bit larger then a robin so I was curious. After a bit of off road work I found out what type of bird that it was. 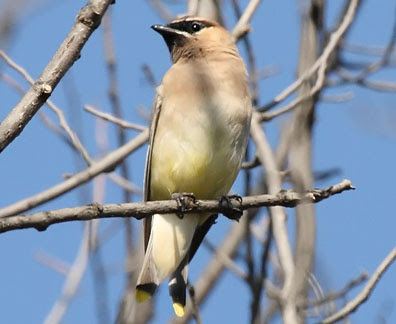 I have always thought that cedar waxwings were cool but I did not know that they hung out on the side of Cedar Avenue. 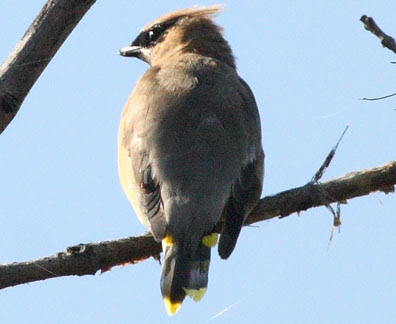 I worked my way around so that I could get a picture from the other side. The light was not great for shooting in that direction but I wanted to get a shot of the back side of the wings. If you look closely at the left wing you can see the wax that gives the waxwing it's name.

I was running out of time so I headed back to the convention and did arrive in time for Laura Erickson's program on prairie birds. Laura is a great speaker and her program was very interesting and humorous. Afterwards I picked up a copy of her book 101 Ways to Help Birds which she graciously signed for me. I have jut started reading the book and so far it is one that I would certainly recommend. More importantly it had been nominated for the Stephen T. Colbert Award for The Literary Excellence! I feel honored because, according to Laura, my copy was the first one to get the official Stephen T. Colbert Award for The Literary Excellence seal.

Posted by Ecobirder at 5:19 PM

Hey--I forgot to take a photograph of you holding my book! But I'm glad you like it--at least, so far!

Don't worry I am planning on sending you a pic.