A trip to Carlos Avery

Friday the clouds continued, I wonder if I should start building an ark. I checked the skies when I got out of work and it seemed a bit clearer to the north so I decided to head up to Carlos Avery Wildlife Management Area. As I got near the park I spotted a red-tailed hawk scanning the side of the road for prey. 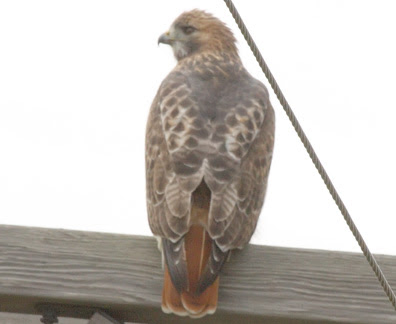 It is common to find red-tails hanging out by the roadside in this part of the country. They take advantage of the rodent population which is drawn to this area because of trash discarded from vehicles. This ability to adapt to life around human beings is why red-tails seem to thrive better then some other birds. A perfect example of this is the famous red-tailed hawk Pale Male. Pale Male survives in one of the most populated cities in the world, Manhattan. On the other hand a recent Audubon report found that birds have been decreasing in population. An example of this is the meadowlark which depends on large prairie for habitat. As the prairie is destroyed to make room for development the meadow loses the habitat that it needs to survive. 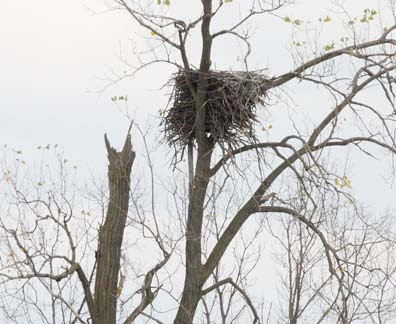 Another bird that has been doing well coexisting with man recently is the bald eagle. Once endangered in most of the lower 48 states, due mostly to DDT pesticide poisoning, the eagle has made a huge come back mostly because of strict conservation measures. Bald eagle recovery has been so successful that earlier this year the bald eagle was removed from the endangered species list. This nest at Carlos Avery is empty at this time of the year but early next spring the homeowners will probably return. 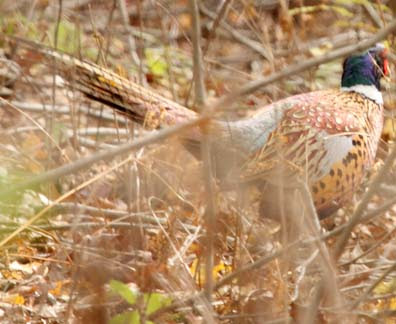 Some birds coexist with man in a different way. Game birds, like this ring-necked pheasant, get a lot of support from different organizations like Pheasants Forever and Ducks Unlimited for most of the year only to be hunted in the fall. It seems a bit ironic to me.

Though I am not a hunter, and will never be one, I do think that responsible hunting has it's place. Because of the mans intervention the natural circle of life, in many places, has been damaged. The natural predators of many birds and animals have been significantly reduced or in some cases eliminated. This has resulted in the over population of certain species, sometimes to level which the ecosystem can not handle. The result is typically death due to disease or starvation. Although I do not like hunting I think that it is a more humane way to thin populations, when necessary, then through starvation.

Hunters also do help provide funding, through things like the Duck Stamp Program, for crucial habitat. The purpose of the habitat is typically to assist the existence of game species however the same habitat also is used by many non-game species. 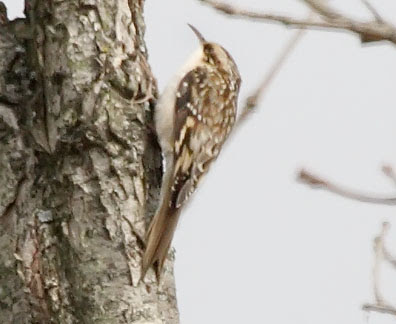 Other birds coexist with man by keeping a low key. Brown creepers, like the one above blend in well to their environment.
Posted by Ecobirder at 7:32 PM