Another trip to Vadnais Lake before the road closes

The road at Vadnais Lake closed for the season last week but the day before it closed I took a trip over and got some more shots of waterfowl on the lake. 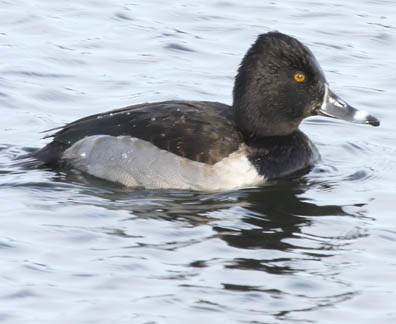 There were still a few ring-necked ducks hanging around. There are not as many as there was a couple weeks ago, but on this trip they were in a lot closer to shore so I snapped a couple of pics. 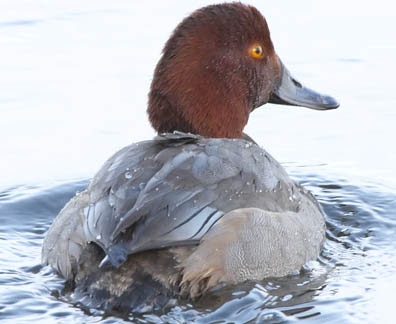 There were also some redheaded ducks still around. This time around I got an opportunity to photograph a male redhead 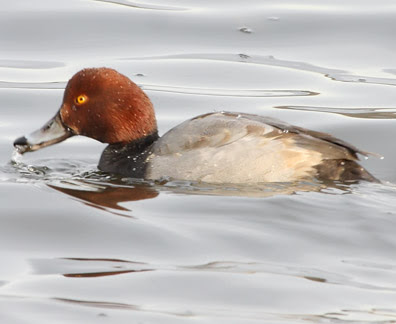 A new comer to Vadnais Lake were the canvas backs. 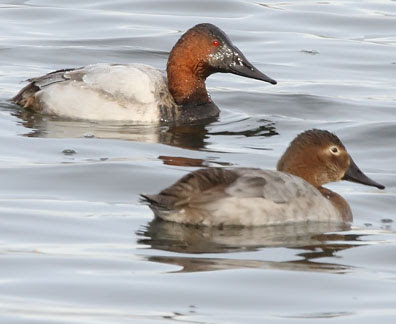 Canvas backs are a larger diving duck that are found only in North America. They breed from Alaska to Manitoba and south from Minnesota to California. 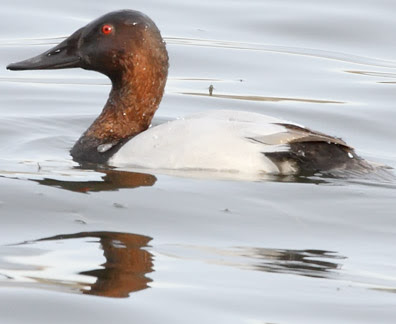 During the breeding season the canvasback inhabit wetland habitats. The nests are formed of grass and feathers in the marsh. They typically lay 7 to 10 eggs which the female will incubate for around 24 days. 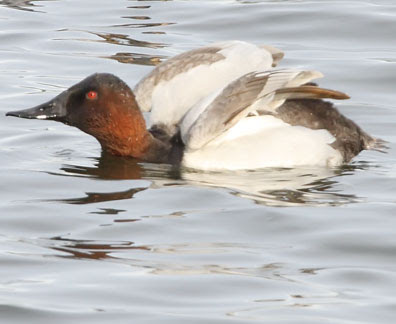 Canvasbacks eat aquatic vegetation such as pond weed, water lilly and their favorite wild celery. They also will eat mollusks, insects, and small crustaceans and fish. 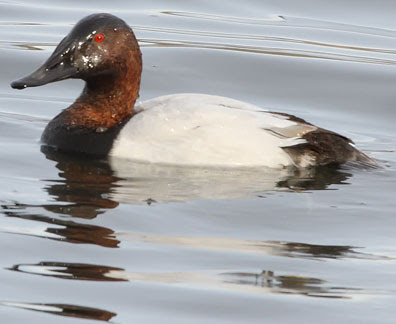 Canvas backs are highly migratory. They spend their winters on the Great Lakes, Atlantic, Pacific, and Gulf Coasts and in Mexico. 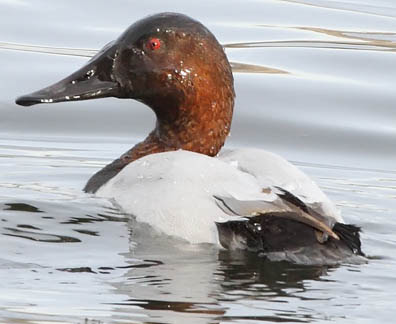 Canvasbacks are currently on the decline due mostly to loss of wetland habitat in their breeding range.
Posted by Ecobirder at 3:27 PM

I am a birding blogger from Sri Lanka - gallicissa.blogspot.com
Suggest a links exchange

I hear there's quite a few eagles active down at Black Dog. Was going to go down there today, but decided to be lazy, instead.

Gallicissa, I took a look at your blog and it looks great. I always enjoy looking at blogs from other parts of the world to see the interesting birds, animals and insects that I can't see around my home. I have already added a link to your site and I will also be a frequent visitor.

John, I was down at Black Dog earlier in the week and I saw 4 or 6 eagles then. Yesterday I went down south following the Mississippi. Most of the river was frozen but there was open water at Redwing below the power plant, I saw 3 eagles there, and a relatively small opening down at Reeds Landing. At Reeds Landing there were about 30+ eagles on the ice or in the air above the open water. I will post some pics as soon as I can catch up on my posting.

Thanks for your nice commments and linking to me.
I have reciprocated.
I too enjoy reading blogs from other parts of the world. There is lot to learn!
I am touring from 10-23 Dec.
I will explore your blog upon my return.