While photographing the ducks at Vadnais Lake the day before they closed the road I also got some nice trumpeter swan pics. 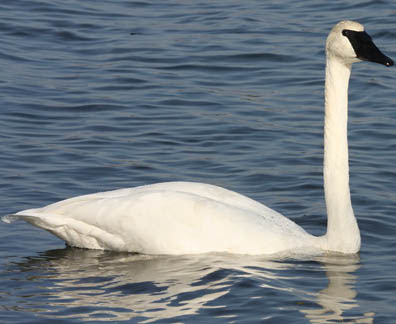 Although trumpeter swans were once hunted almost to extinction they have made a great comeback in Minnesota and Wisconsin and we see them fairly frequently up here. 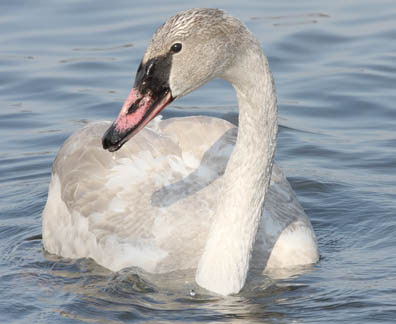 A lot of the trumpeters that we see though are tagged which tends to make them a bit less photogenic. It was cool that most of the swans hanging out at Vadnais Lake lately were not tagged. 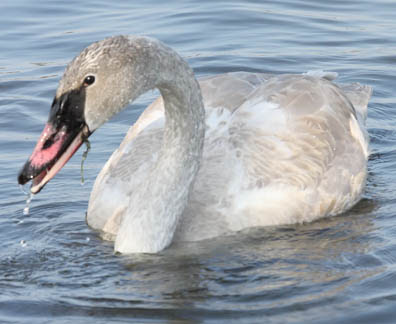 This means that this group was probably from up north in Canada and stopped at Vadnais on their way migrating through. 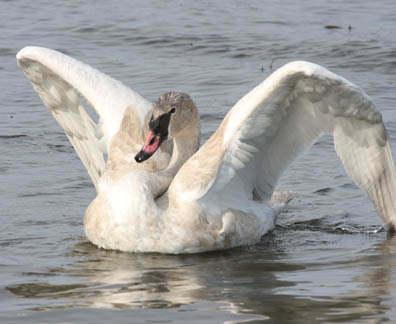 It was nice to photograph them with out the ugly tags, which are attached around their necks. I got some real nice shots including this one that was sleeping in some very pretty light. 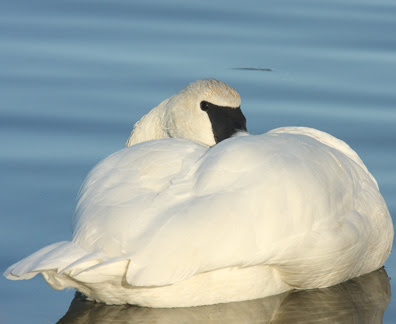 Posted by Ecobirder at 5:19 AM