Who's afraid of the big bad sharpie

The day after I photographed the peregrine falcon at the U of M St Paul campus I decided to check out the Minnesota Valley NWR after work. It was cold and gray out that afternoon, but you can't get real picky about the weather in Minnesota during the winter months or you will spend most of your time being disappointed. There not a lot of bird activity going on other then a couple of cardinals flirting with each other in the woods below the visitors center. 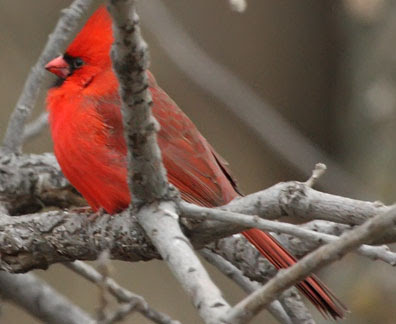 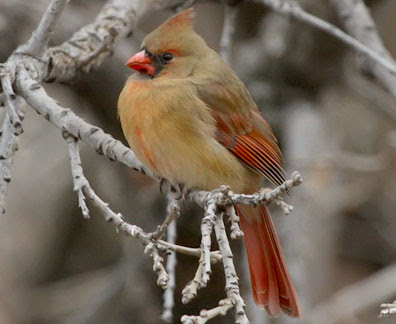 " But what of all those sweet words you spoke in private"? 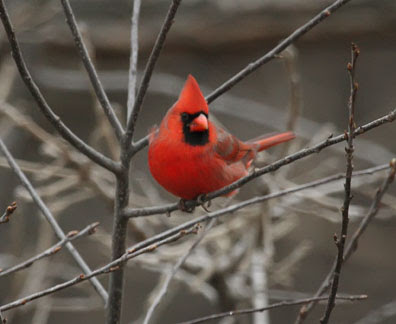 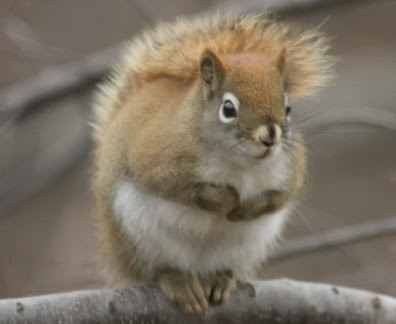 "Are all men from the future loud-mouthed braggarts"? 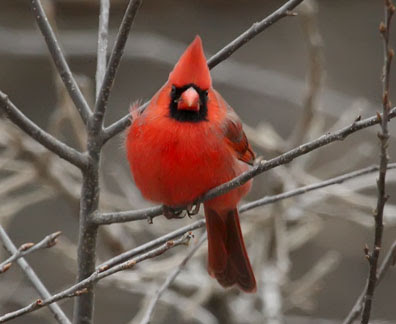 Sorry was watching one of my favorite DVDs the other day and it is infectious. I bet there are some of you out there that can guess what the movie is.

After shooting the cardinals I spotted a pileated woodpecker. I followed him around a while but he would not hold still long enough for me to get a pic. I was getting cold so I walked back to the visitors center to warm up. I was sitting by the big picture windows watching the nuthatches, chickadee, juncos, and woodpeckers at the feeders when all of a sudden BOOM they all scattered. Then I saw the reason. 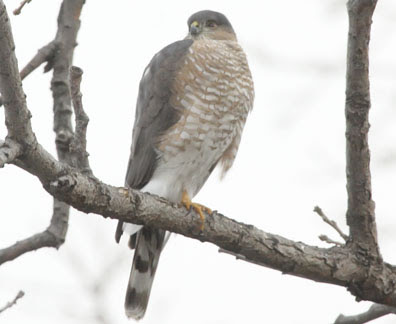 A sharpie flew in and landed on the branches above the feeder. 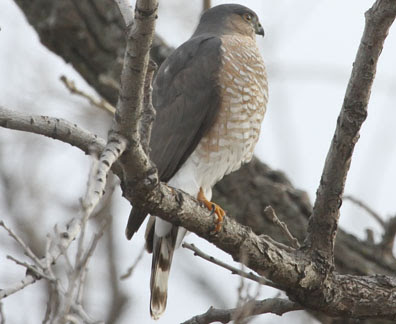 He sat sentry there for quite a while. Waiting for one of the little birds to dare and pop their head out. 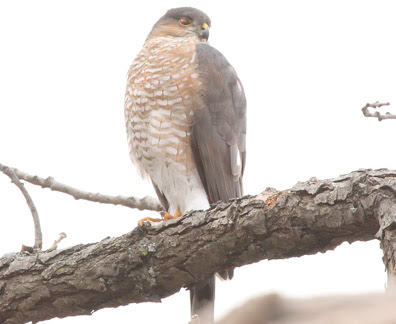 A couple of times he took off and chased one of the chickadees around but each time he returned to his post empty handed. 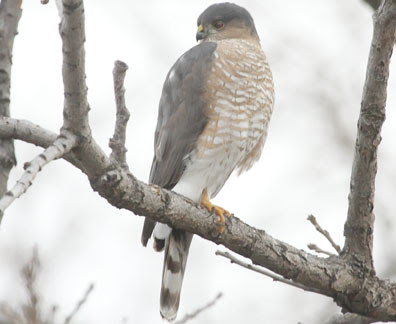 Meanwhile I was taking pictures of him through the glass. 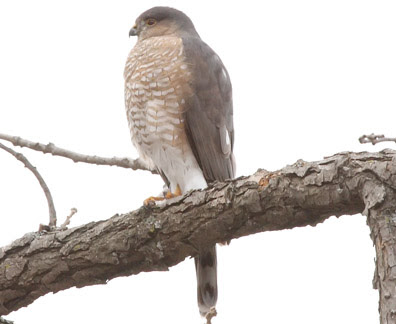 I don't like shooting through glass but when I tried to go outside and get some pics I found that I could not get a good angle on him with out going into the feeder area. The birds where already stressed enough with the cold weather and a predator hanging around, with out having me trampling up their feeding area. So I opened up my aperture and shot as best as I could through the windows. 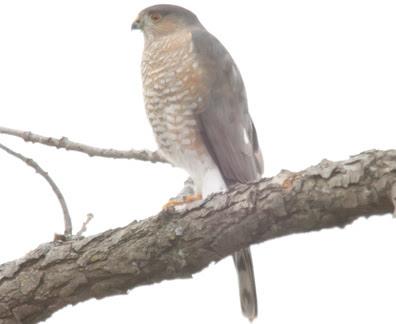 After a while the sharpie flew off over top of the visitors center. 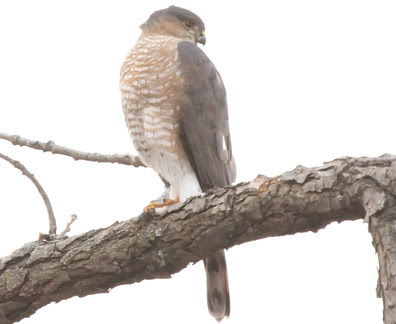 And with in minutes the chickadees, nuthatches, juncos, and woodpeckers returned to their feasting.
Posted by Ecobirder at 7:40 PM