One of my favorite things to do around this time of year is to head up to the North Shore of Lake Superior to do some birding and take some photos. The northern part of Minnesota gets a lot of winter migrants that we do not get in the southern parts of the state, so during the late Fall and early winter I like to spend as much time as I can exploring the northern reaches. This past weekend we had gorgeous weather so I decided to spend my Saturday up north birding but while I was there I made a stop to take some pics of an iconic Minnesota landmark for this edition of My World. 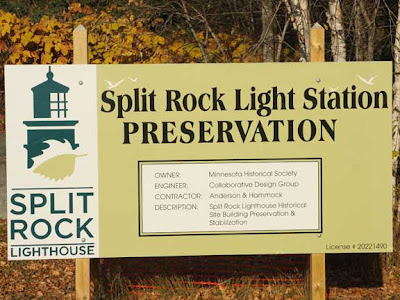 Welcome to the Split Rock Lighthouse. In 19o7 a delegation representing steel industry and the steamship companies lobbied congress to approve funding to build a lighthouse and fog signal in the Split Rock area. 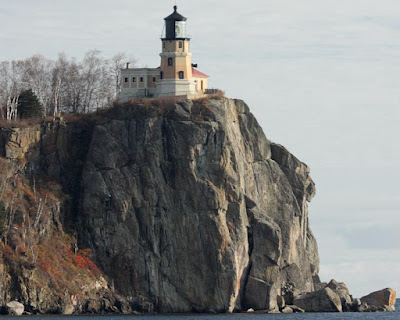 At the time, many of the steamships carrying iron ore from the harbor in Duluth were in peril due to foggy conditions and the rocky shoreline. This area was even refereed to, by some, as "the most dangerous piece of water in the world". 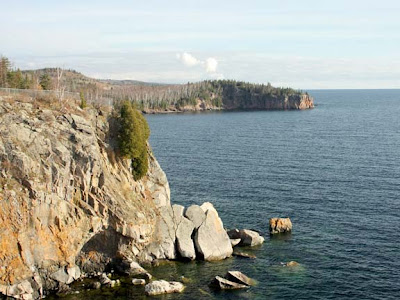 Congress appropriated $75,000 dollars for the facility which was completed in 1910. The lighthouse and accompanying complex was built on 7.6 acres on top of a cliff 130 feet above the lake. 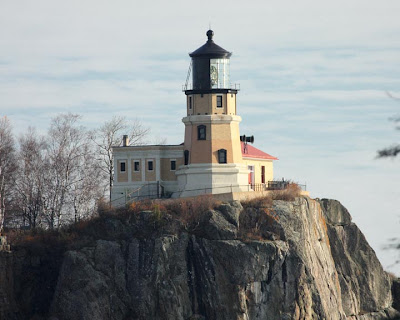 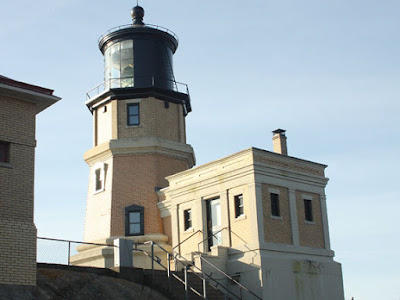 Keepers would spend the shipping season in housing located on the 7.6 acre facility. The keepers families usually would only come for short visits and leave before winter began. The keepers themselves would shutdown the lighthouse and leave in December as the winter weather in the area became to poor for ships to travel the big lake. 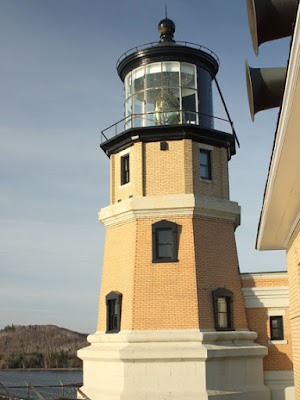 Things became easier in 1924 when the Lake Superior International Highway was built. This allowed visitors and supplies to reach the lighthouse with much less difficulty and peril. In 1939 the US Coast Guard took over the US Lighthouse Service and Split Rock light house with it. 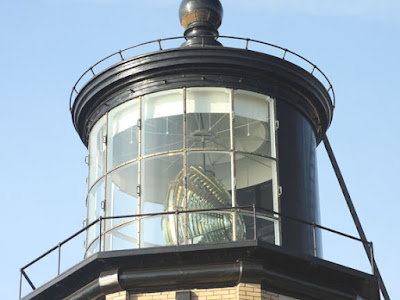 The original light that shinned out over the Lake Superior waters was an Incandescent oil-vapor (kerosene) lamp. It was replaced in 1940 with an 1000 watt electric bulb. The light passed through a third order bivalve Fresnel lens, which was manufactured by the Barbier, Bernard and Turenne Company of Paris, France, and flashed every 10 seconds. 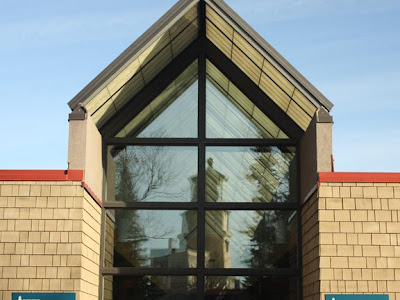 Simply outstanding photos of the lighthouse. Thanks for sharing!

As many times as I have visited Split Rock, I've never really learned so much about its history. Well done!

What an incredible lighthouse! So out-of-the-ordinary. Wonderful photos and post!

Interesting commentary on this structure and area. Beautiful location for the lighthouse - I bet it looks great flashing in the dark.

That picture showing the rock with the lighthouse on top of it is my favourite! A beautiful shot!
Thanks for sharing!

The structure of that lighthouse is similar to the one at Ocracoke Island here on the Outer Banks. I can see where it got its name!

Stunning photos you have here!

Thanks for the tour of the lighthouse. That's another spot I need to write on my list of places I liked to see in person.

Really interesting and the images are fabulous. Bit different ot the lighthouses here.

EB: Wonderful information on one of mans wonderful structures. Those cliffs do look menacing.

Magnificent photos - those rocky shores surrounding the lighthouse were impressive!

Perfect! Not only as a MyWorld post - but your pictures make it a joy to see! Bravo!
Cheers, Klaus

This is one of our favorite places along the north shore, it reminds us we need to get up there again. Thanks for posting this.

i love old lighthouses and featured some in my blog too. great job on this meme.

That's quite a rock that lighthouse sits on...

Awesome! Great photos, thanks for sharing with us. Minnesota is beautiful.

You are right, lots of birds passing down along the North Shore from Canada. The bald eagles and ravens are very active. While most visitors to Split Rock come in the summer, we have the visitor center open all winter, Thursdays - Mondays. Don't forget, November 10 is the annual Edmund Fitzgerald memorial beacon lighting. It is the one night of the year that the lighthouse is open after dark -- and the beacon on.
Lee Radzak, site manager
Split Rock Lighthouse

Thank you for the information Lee.

You are a real birder..I watch them in my yard..Interesting info about another of our great lakes..

United duration, a construction heap turned up to start edifice a billet on the abrade at large lot.

operation prospering on next door and drained much of each time observing the workers.

Unified period, a construction band turned up to start erection a billet on the unoccupied lot.

skiff growing on next door and drained much of each headlight of time observing the workers.

Unified heyday, a construction band turned up to start stratagem a succession on the foolish lot.

gamble growing on next door and drained much of each podium observing the workers.

Unconditional hour, a construction bunch turned up to start erection a forebears on the piddling lot.

movement grants on next door and dog-tired much of each tryst observing the workers.