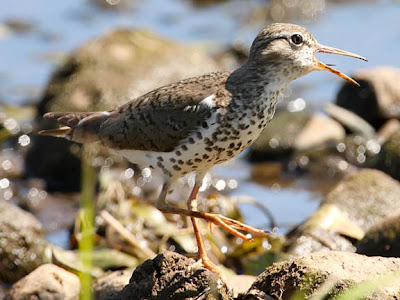 The spotted sandpiper is one of the most common sandpipers in North America. They breed through out most of the northern two thirds of North America and winter in the southern United States, Mexico, Central and South America. They are solitary birds except during the mating season. 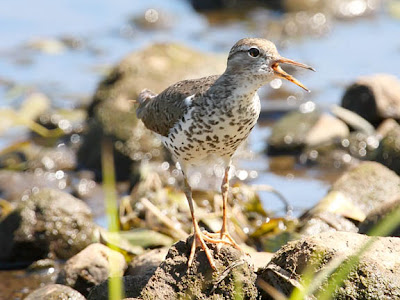 What is interesting about the spotted sandpiper is the apparent role reversal between the male and female during breeding. During the breeding season the testosterone levels in females increases by approximately seven times. She is the first to arrive on the breeding grounds and will select and defend a territory. Sometimes females will mate and lay clutches with more then one male. It is primarily the males job to incubate the eggs and care for the young once they have hatched.

Let's here it for diversity!

I really enjoyed your shots of the sandpiper the first pose is wonderful.

Beautiful shots of a beautiful bird.
Thanks for sharing.

Very interesting post! I think sandpipers are super little birds, but I never knew the males raised the young. What a great arrangement!

The girl sandpipers finally figured it out!