Which is the Beast? 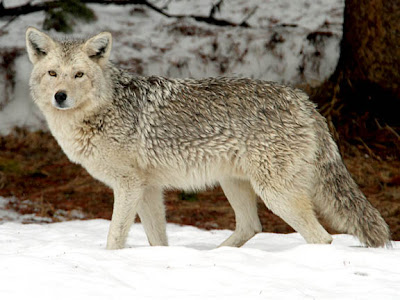 I am not a big sports fan but I do like to watch a little bit of football. So the other day when I was on my way home from The Raptor Center I flipped my radio over to one of the local sports station to see what was happening in the NFL. Even though I live in Minnesota I am not at all a fan of the Minnesota Vikings. Having lived in Mankato, MN, home of the Vikings training camp, for a couple of years while I was going to school I got to see first hand how many of the Vikings players where complete assholes. Now the players may have changed since the many years ago that I went to school but sex boat cruises, drunk driving arrests and guys who beat their wives over the years have done little to change my mind about the home team. On this particular evening one of the Vikings leading defensive players, Jared Allen, was being interviewed by a local radio host. Since Mr Allen did not want to talk about their last game, they lost 45 to 7, the conversation instead turned to the hunting trip that several players had taken over their bye week. The host then asked about the most unusual prey that Mr Allen had ever hunted in his life. The jerk went on to tell the host that he had hunted coyotes using hand guns from the back of a snow mobile. He explained how groups of his friends had joined him hunting coyotes by his farm. They would run over the coyotes with their snowmobiles first then they would come back and shoot them. He laughed and said that it was really cool. The live audience, I think they were broadcasting from a Twin Cities sports bar, gave him a cool response and he did not seem to appreciate that what he had done was completely despicable. Michael Vick went to jail, lost his contract and most of his endorsements because of his cruelty to dogs. I think that what this #@#@#@#@!!! did is just as bad. Maybe one of the animal rights organizations will protest against the Vikings until they get rid of this worthless jerk.

How awful! I agree - get him off the team!

I agree - I don't understand cruelty.
This is a nice photo of a coyote!