Tomorrow will be the day when Minnesota finally gets to have a second Senator back in Congress. It's been about 9 months since the election but a recount and several court cases have finally led to a Minnesota Supreme Court decision last week that Al Franken won the election by 312 votes. 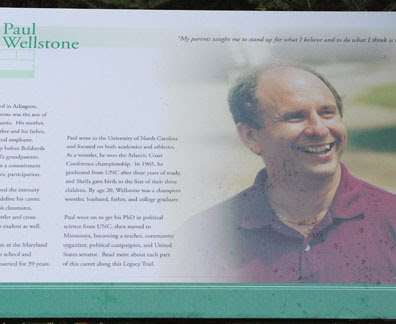 This is the seat that was once held by Paul Wellstone. Norm Coleman, who lost the decision, won the seat when Paul Wellstone died in a tragic plane crash just 11 days before the election. When he died Wellstone was well ahead in the polls and would have most likely won a third term to the Senate. 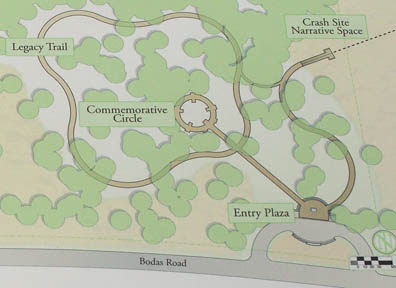 Norm Coleman was able to use the tragedy to sneak his way into representing Minnesota in the US Senate. In my opinion this was a major travesty. We went from Paul Wellstone who was as honest a politician as you will ever find to Norm Coleman who would sell his vote to anyone for his own personal gain. 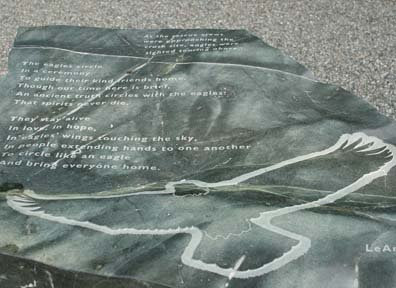 Coleman is currently under investigation from the FBI for accepting under the table money from a Minneapolis business man. So even if he had won the election chances are that he may not have completed a second term. Fortunately we will not have to worry about Norm any more. 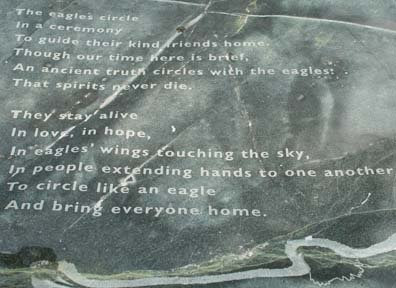 I am not sure what kind of a Senator that Al Franken will be, I do own a couple of his books which I found very funny, but he can not be any worse for Minnesota then Norm was. I guess that only time will tell. This was a very personal election for Al Franken because he was a personal friend of Paul Wellstone before he died and felt very much the way that I did about seeing Norm Coleman desecrate that seat. 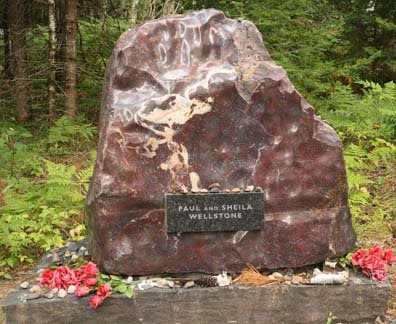 These pictures are from the Wellstone Memorial and Historic Site which is located near where the Wellstone plane crashed in northern Minnesota. Michelle and I stopped there on our way back from Orr, MN back in 2007. It was a very peaceful and serene place. I imagine that this is the type of place where I would find the spirit of Paul Wellstone.

Politics seems to be a dirty business these days. I would not trust a polititian as far as I could throw one and since I'm sure I could not even lift one, that is not very far! Good luck for your state.

Good luck with the elections. I'm really disappointed with politicians at the moment for a number of reason, so I can relate to this!

Very interesting post! And I couldn't agree with you more. Hope Franken does a good job -- I like his books, too. Great shots of the Memorial.

This was an interesting post. I hope Al Franken will do a good job. Wonderful memorial shots.

THat is a peaceful shot

Why are many politicians so corrupt?! Before any election they seem to be the ideal persons to do their jobs. After the elections they have completely changed. So it seems. Good post!

All things in time!

thanks for the history lesson and the pics

I've always believed that there's no such thing as clean politics but am wishing that you'll have a better Senator now. The memorial is really nice.

My world entry is up too.

Thanks for your interesting post. Unless you live in the state, you are never quite sure who all the players are. I enjoyed Your World.

Very informative and interesting post. It really looks like it's a serene and great place for a memorial.

very lovely tribute I enjoyed reading this very much.

election campaign plays a very crucial role in every field.