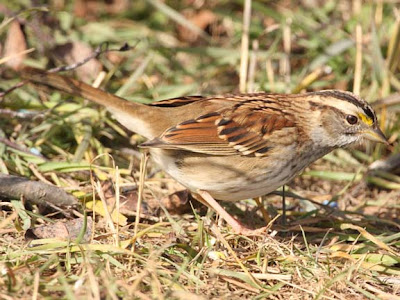 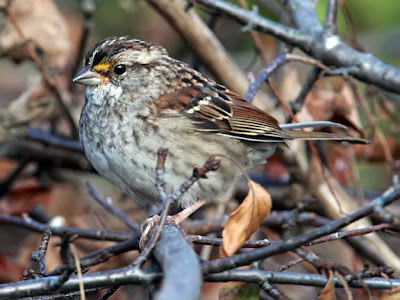 Are you sure about the identification of the first photo?

Such a little guy to have such a big fancy name.
We see those sparrows around here all the time.

I can attest that we do have these little birds here in Deep East Texas! I've managed to get a few pictures of them. Good choice for Z.

No matter how many exotic birds I see or hear about, I still love sparrows.
We don't get these guys in Alberta, and they sure are cute.
Thanks!

Very cute pictures ! Nothing for my cats though, lol !
Gattina
ABC Wednesday

Well, I am seeing both varieties in my back yard! I love these little birds!