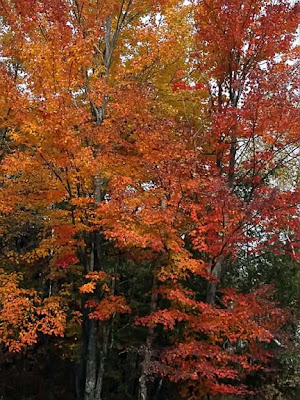 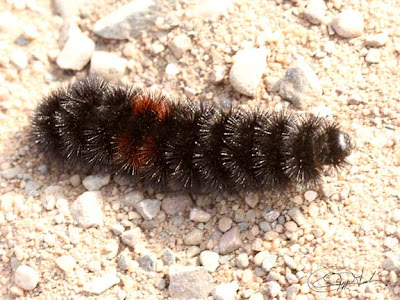 Some signs are more subtle like spotting woolly bear caterpillars scuttling across a path. The banded woolly bear is found mainly in northern regions. It hatches from the egg in the fall and over winters as a caterpillar. During the winter they will literally freeze solid. Their heart stops and only able to survive by producing a cryoprotectant or organic antifreeze. When the temps warm up in the spring the caterpillars thaw then begin to feed. Eventually they pupate and emerge as an Isabella tiger moth. These caterpillars are found as far north as the Arctic.In these far north regions where the winters are very long the woolly bear may hibernate over multiple winter. 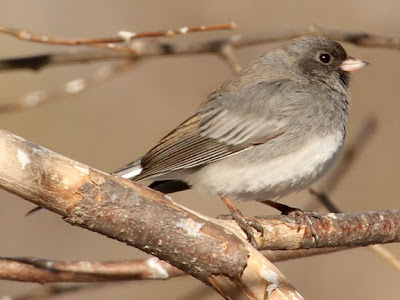 Another harbinger of the coming winter in the dark-eyed junco. During the summer it is rare to see a dark-eyed junco in the southern half of Minnesota but during the winter it is probably the most common bird species that we see. Most of these migrate down from Canada during the winter looking for places where there is a more seeds to eat. Since it estimated that there may be over 600 million juncos, most of which migrate south, it is possible that if you live almost anywhere in the U.S. or Mexico you probably see this same omen of winter as I do here in Minnesota. It is possible that you may not recognize them though because the dark-eyed junco has a variety of different colorations.

Wow, those trees are amazing! We get a more subtle fall show down here, but we definitely get lots of juncos! They've been all over our doveweed the last few weeks. Little cuties!

Really enjoyed those woolly bear caterpillar facts! My kids will, too. Our 9 year old in particular is life-long biologist.. he's got his facts down about our frogs, and their winter habits & amazing physical capabilities.. but this will be new caterpillar info. Thanks!
Our leaves up north here have mostly all dropped with the wet & windy weather.
It was beautiful while it lasted!

This is more than a hint! The beautiful fiery colors make me nostalgic:)

Lovely, and the little Dark eyed Junco is so gorgeous. Looking forward to having them in our garden soon~

Love the little cat..I think I will host several species of winter birds here this year...Michelle