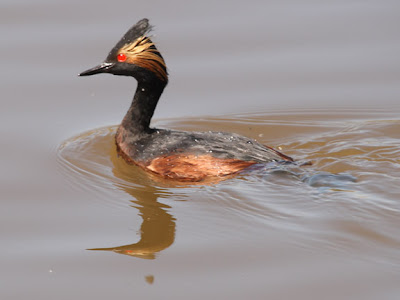 Since I got a lot of positive reaction from the grebe picture that I posted yesterday in my Yellowstone Fishing Bridge post I decided to repost some of my old grebe pics. 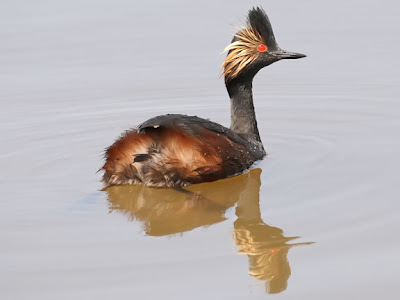 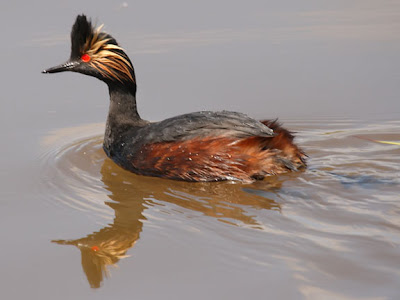 This turned out to be a good decision. The weather in Yellowstone was not very cooperative for us that year and it had a big effect on our ability to go out and take pics. Our day at Medicine Lake was just the opposite however. We had beautiful weather, there were lots of birds to photograph and we got some great eared grebe shots. 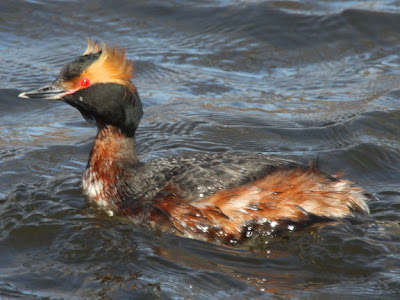 Then in the early spring of 2008, while I was photographing the heron rookery at the Upper Mississippi Regional Park I spotted a grebe bobbing around in the river. It looked similar to the eared grebe that we had photographed at Medicine Lake the previous year but it was a bit different. 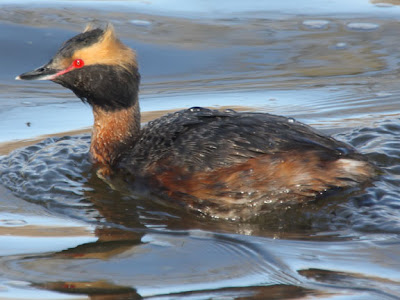 This was the first time that I had seen horned grebe in their breeding plumage. They were not quite as spectacular as the eared grebe were but they were still a beautiful bird. I saw horned grebe in numerous locations around the Twin Cities that spring as they stopped by on their way north during migration. Unfortunately this year, 2009, was not a very good year for spotting migrating waterfowl in southern Minnesota and so I did not see any horned grebe this spring. 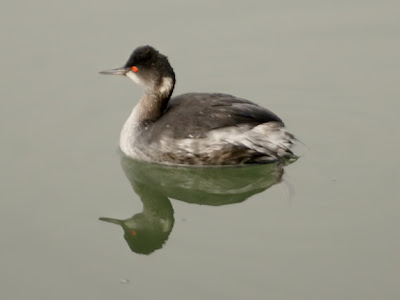 Both eared and horned grebe are quite plain when they are in their non-breeding plumage. The picture above is of an eared grebe. It was taken in February at the Elk Horn Slough in central California.

What a beautiful little duck that is. Helen

Wow, that is a fantastic series of shots! Very well done!

Wow, the difference in plumage is significant! To an amateur birder like me, it would seem they are two completely different species. (Which is why I rely heavily on my field guides.) Those eyes are incredible-I've never seen anything like it!

Such a cute duck! I love the crown.

Great photos! We are going to yellowstone this september..do u think it is worth the stop to the lake this time of year? might check it out.
I have never seen the breeding plumage of either bird..quite spectacular.

Beautiful for WW one of my favorite water fowl!

my first time to see this grebes. what an amazing red eyes.

Your Grebes are very usual, and pretty.