The forecast for Sunday was a good one so I decided I would make a trip back up to Crex Meadows. Since my digital camera was in for repair and I have been shooting with my wife's Canon XTI I decided not to drag her around with me this time. Unfortunately the weather at Crex, which is about 1 hour north of the Twin Cities, was not as nice as it was back home. The skies where mostly cloudy with occasional peaks of sun. Since I was already there I decided to stay for a while and make the best of it. Crex is a great place to bird especially in the spring and fall during migration. It is not quite fall but it appears that the migration is starting back. One of the things that we have not seen much of on our past couple of trips to Crex has been raptors. There was a couple active Osprey nests but the chicks have fledged and the nests are now empty. Other then that there have only been the occasional northern harrier or eagle like the injured one that we rescued 2 weeks earlier. On this trip though there were plenty of raptors. I saw another immature eagle, about 4 different harriers, and quite a few red-tailed hawks. 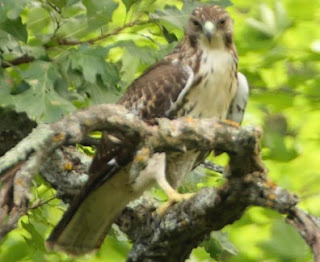 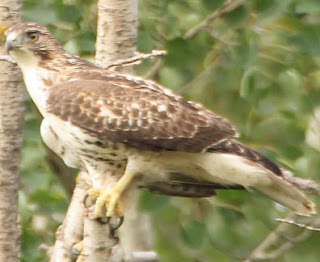 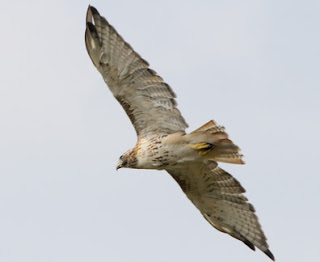 Another sign that the fall migration has begun is the dozen or so pied grebes that I spotted. 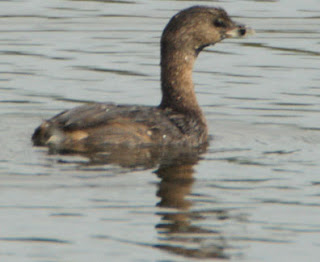 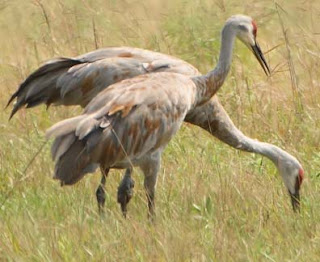 Another sign that fall is right around the corner is the number of sandhill cranes on the refuge. There is a sandhill population that is present through the summer but their numbers seem to have been bolstered by an influx of migrating birds. There looked to be over 100 sandhills on the refuge at this point. 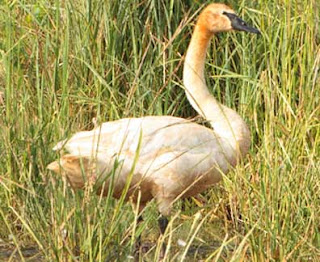 There were still normal summer residents around, like the trumpeter swans who have raised all of their cygnets. 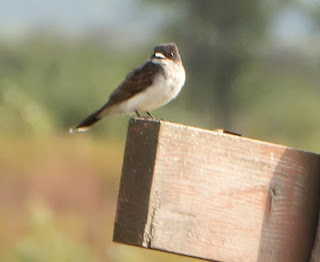 Eastern kingbirds are still hanging around. 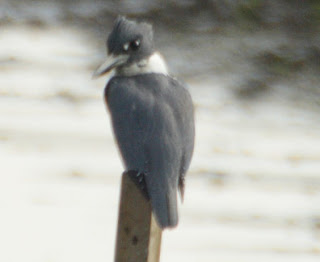 So are kingfisher. I was disappointed that I finally got a kingfisher to hold still long enough for me to get a descent shot and then I can't get any light. AARGH.

There have been a lot of reports on the list servers about warblers migrating back through so I will have to check some of the local haunts to see if I can get some pics.

Posted by Ecobirder at 7:33 PM