Since most of the birding locations that I have been visiting lately have been relatively consistent with the type of birds and wildlife viewing I decided to try a new location on Thursday evening. I had read about some people birding at the Miesville Ravine on the MOU list server and since it was fairly close to home I thought that I would check it out. Unfortunately since we have received a lot of rain lately the mosquitoes have been vicous, and on this evening I used up the last of my bug spray. But I did get a few pics before the mosquitoes chased me away. 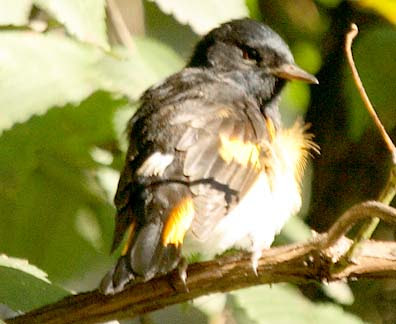 I found this scruffy american redstart at the start of the trail that followed the creek. 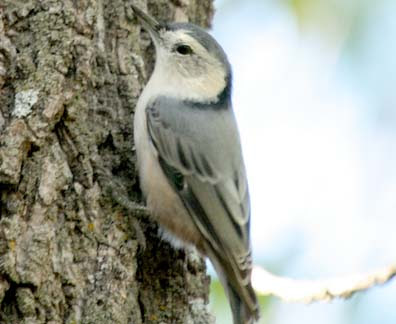 There where a couple of white-breasted nuthatch in the trees over by the pavilion. 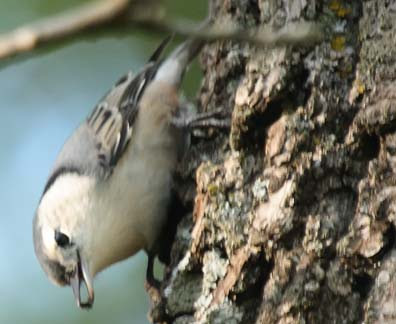 They were doing a good job of finding bugs in the trees but I was kind of wishing that they would eat some of the mosquitoes that where trying to eat me. 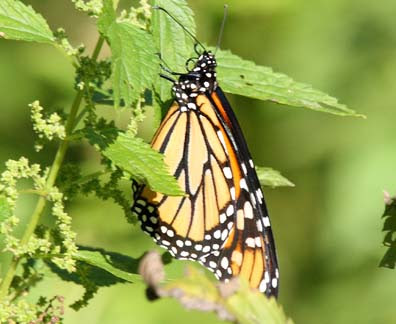 I also found a monarch out by the parking lot. Since I had blood taken earlier in the day for a doctors exam I decided I did not want to give up more to the blood suckers so I decided to leave and come back again later when I had more bug spray.
Posted by Ecobirder at 9:22 PM

Some lovely birds there, all totally new to me. It's great to try out new birding areas - you never know what you might find!