This weekend the reopened the stone arch bridge which is a pedestrian/bicycle bridge that goes across the Mississippi a little ways north of the bridge that fell. This bridge has been closed since the accident and many people came to witness the horrible scene of the bridge wreckage scattered across the river. I decided to go and get some more pictures. 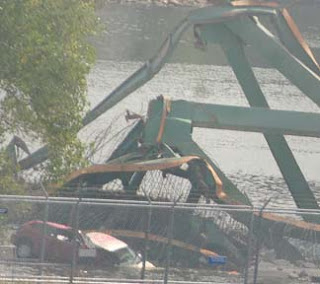 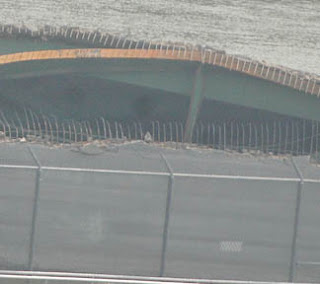 These 2 were shot from the stone arch bridge. It was sort of into the sun and I did not have a polarizer with me, I left my camera bag in the car since I had to do a lot of walking, so they are a bit over exposed. 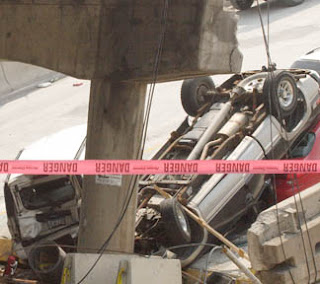 This was shot from the east side of the bridge on the north side of the freeway. The tape is ironic. Maybe they should have put it up before the bridge fell. 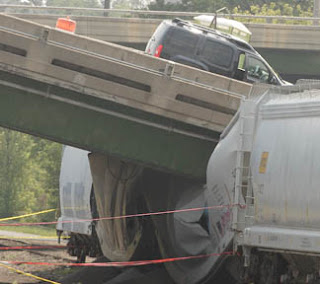 This is the train that was crushed on the east side of the bridge taken from the north side of the freeway. 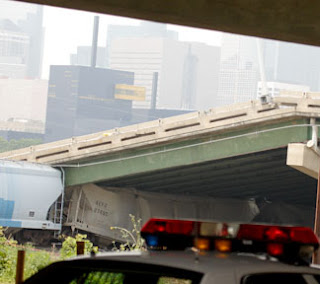 Here is the train from the south side of the freeway. 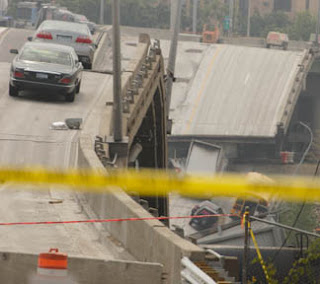 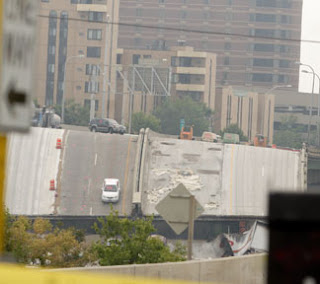 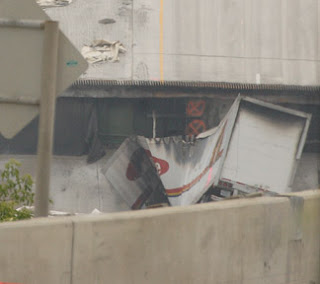 The next two shot where taken from side streets on the University of Minnesota Campus, which is south of where the bridge fell. 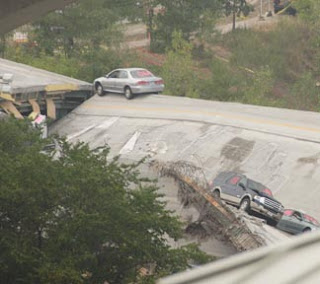 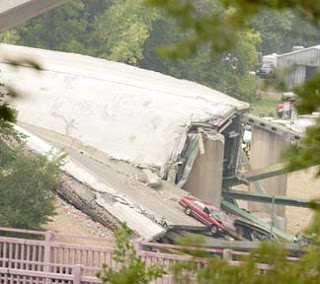 This is a tragedy like nothing that I have seen in this area in my lifetime. As a child this used to be one of my big fears. I remember having a reoccurring nightmare of driving across bridges over the Mississippi into St Paul and having spans missing and driving off. Unfortunately my nightmare has come true for some very unfortunate people in the cities that I live and this might just be the beginning. MSNBC has a site that lists deficient and obsolete bridges on a state by state basis. Minnesota has 1140 deficient and 446 obsolete bridges, according to MSNBC. The bridge that spans the Mississippi into St Paul that my wife and I travel on at least twice a day on our way to and from work is listed at 49.5. The bridge that fell was rated at 50 according to the news.
Posted by Ecobirder at 6:18 AM

I hope there's hell to pay at MnDOT. I know some people who work there, and they say it was common knowledge that potentially catastrophic cracks could develop and not be detected by the kind of inspections they were doing. Yet the powers-that-be did nothing, and now innocent people are dead.

I'm not the first to say it and I won't be the last: the people who run MNDOT are scum.