Monday the weather was overcast but I decided to go out any way. The week before was pretty much a wash out, due to weather, so I did not want to waste an evening of birding if it was not raining. Since the area was still pretty wet from all of the rain I decided to go to Wood Lake Nature Center since they have a well kept trail system. The clouds blocked out most of the sun making it difficult to get any pics but I did manage a few. 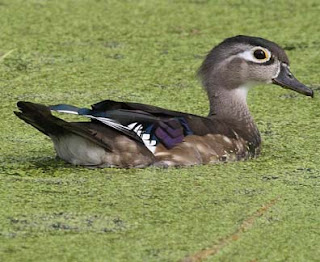 The only bird pics that I took were of wood ducks. These have only recently started migrating back through the area. 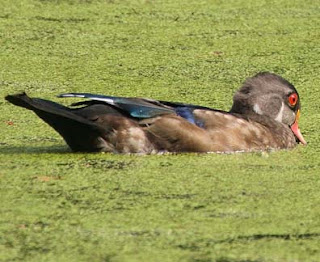 There were several females and only 1 male that I saw. The males look quite boring compared to how they look in breeding plumage. I did not recognize that he was a male at first but then I saw his face, the eye is a dead give away. 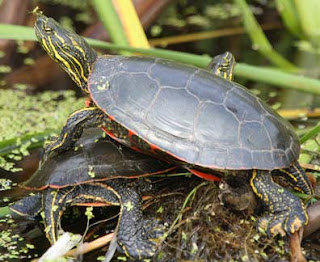 I did see some other wildlife like this pair of turtles. 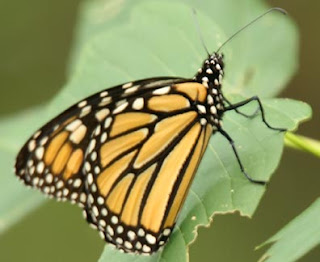 And there was quite a bit of insect life around besides mosquitoes, like this monarch butterfly. 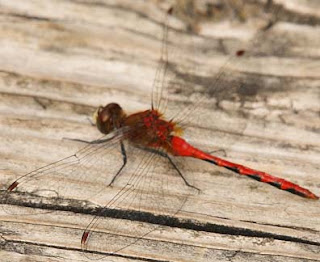 I saw a few white-faced meadowhawk. 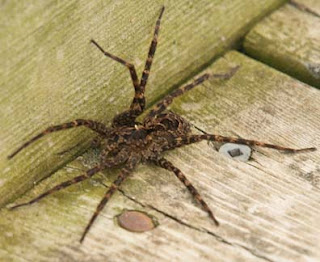 And I saw this big creepy wolf spider running down the boardwalk. There is not a lot of detail in the pic because it was dark and I was shooting with my long lens instead of my macro.
Posted by Ecobirder at 9:04 PM