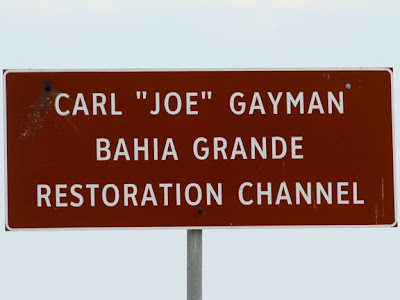 On our way to the airport on the final day of our Texas trip we passed by the Carl Gayman Bahia Grande Restoration Channel. The Bahia Grande was once a large salt water lagoon located at the south east tip of Texas. This lagoon consisted of numerous habitats, such as tidal flats, mangrove marshes and sea grass shallows, that formed a type of tidal nursery where young fish, shrimp and crabs, and other marine life could find protection while they grew. 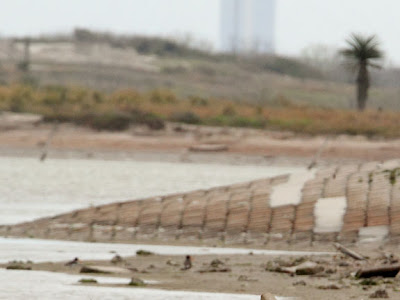 In the 1930's the Brownsville Ship Channel was created. This 15 mile long channel connects the port of Brownsville to the ocean. Because the port is inland it is better protected from hurricanes and tropical storms. Unfortunately when they were dredging the channel they piled most of the dredged materials, mostly rock, mud and sand, on the side of the channel. This acted as a sort of damn cutting off the Bahia Grande from the waters of the Laguna Madre. 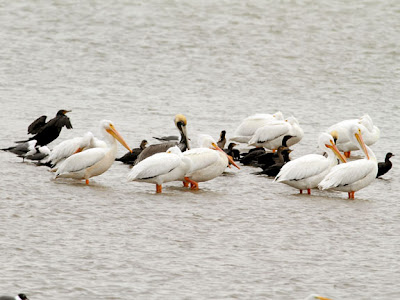 With any regenerating supply of water, the only water coming from occasional rain storms, the land dried up. As the remaining water evaporated it left the salt behind which killed off the vegetation. Over the decades the area became a baron dust bowl, with dust blowing into the neighboring communities. 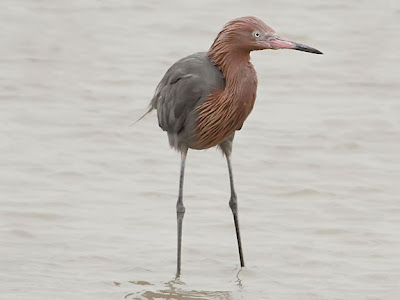 The Bahia Grande eventually came under the domain of the US Fish and Wildlife Service and it is now a part of the Laguna Atascosa National Wildlife Refuge. The Fish and Wildlife Service along with other state, local and private groups have begun a plan to try and restore the Bahia Grande. Channels like this one have been dug from the ship channel out into the Bahia Grande. This is the pilot channel and it is 60 feet wide by 2,300 feet long. It is named for the Carl "Joe" Gayman who was a Brownsville Navigational District commissioner who dug a small channel in 1983 in an attempt to flood the Bahia, but was forced by court order to close the channel a few weeks after it had been dug. 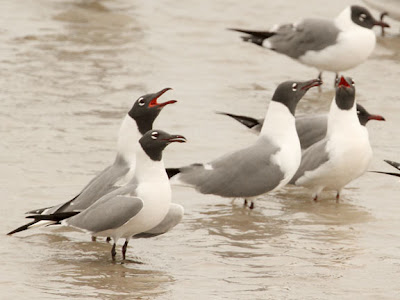 Since much of the the Bahia Grande's 10,000 acres is below sea level the hope is that the channels will provide enough fresh sea water to revive it and return it back to its original form. Already marine life has begun to take hold again which has brought many birds back to the area. Dusty arid soil has been renewed and native vegetation has begun to grow in areas that are not flooded. 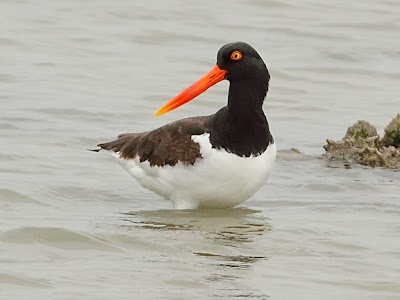 We stopped mostly because I spotted brown and white pelicans together in the water. I have seen both types of pelicans but I had never seen them together like this so I found it interesting. However I was really surprised when I found a pair of American oystercatcher near the shore on my way back to the car. From a distance I at first thought that they were just another pair of laughing gulls but when I saw that bright orange bill I knew that I was looking at another lifer.

Excellent....the one I haven't seen around here on the coast yet, is the reddish egret. I hope to see one myself in real time someday soon.

My macro wildflower Do drop by if you can.

Have a great day today.

Wow - fabulous shots! How great that they are restoring this natural habitat. Have never heard of an oystercatcher so that's a treat!

Marvelous post and gorgeous photos as always! The oystercatcher is new to me, too. Looks as though you had a really great trip to Texas. Thanks for sharing! Enjoy your week!

Great birds and photos, looks like a nice place for birding.

That is a wonderful story! I hope their attempts to restore are successful. So far so good, it appears! Great shot of the oystercatcher. ~karen

It's good they can restore it - great photos!

I like to be that bird with the long orange beak. Should spear a fish without any problem.

Congratulations on the oystercatcher--not only seeing them but also getting a great photo to mark the occasion.